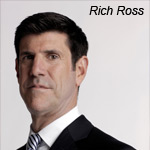 Disney Studios’ Chairman Rich Ross has resigned as what many believe is the direct result of the disappointing performance of John Carter at the box office.

“I no longer believe the Chairman role is the right professional fit for me,” Ross said in a statement released by Disney on Friday. “For that reason, I have made the very difficult decision to step down as Chairman of The Walt Disney Studios, effective today.”

Ross was hired by Disney CEO Bob Iger in October 2009. Insiders believe that his choice of marketing execs, projects and the failure of this year’s John Carter at the box office might have led to his resignation. The pic’s underperformance led to a $200 million write-down for the Mouse House and was a letdown for Disney/Pixar’s Chief Creative Officer John Lasseter.

“For more than a decade, Rich Ross’s creative instincts, business acumen and personal integrity have driven results in key businesses for Disney, redefining success in kids and family entertainment and launching franchises that generate value across our entire company. His vision and leadership opened doors for Disney around the world, making our brand part of daily life for millions of people. I appreciate his countless contributions throughout his entire career at Disney, and expect he will have tremendous success in whatever he chooses to do next.”

For the last 15 years, I have had the opportunity to work with incredibly talented people on behalf of the world’s best loved brand. During that time, we’ve told some amazing stories around the world, created successful  TV programming, movies, and franchises that generated new opportunities for the company in the process.

I’ve always said our success is created and driven by our people – whom I consider to be the absolute best in the business.  But, the best people need to be in the right jobs, in roles they are passionate about, doing work that leverages the full range of their abilities.  It’s one of the leadership lessons I’ve learned during my career, and it’s something I’ve been giving a great deal of thought to as I look at the challenges and opportunities ahead.

I believe in this extraordinary Walt Disney Studios team, and I believe in our strong slate of films and our ability to make and market them better than anyone else.  But, I no longer believe the Chairman role is the right professional fit for me.  For that reason, I have made the very difficult decision to step down as Chairman of The Walt Disney Studios, effective today.

It has been my honor to work with such incredible teams – at Disney Channels Worldwide and The Walt Disney Studios and the many other Disney businesses I’ve had the opportunity to collaborate with.  I know I leave the Studios in good hands and, even on separate paths, I am confident we are all destined for continued success. 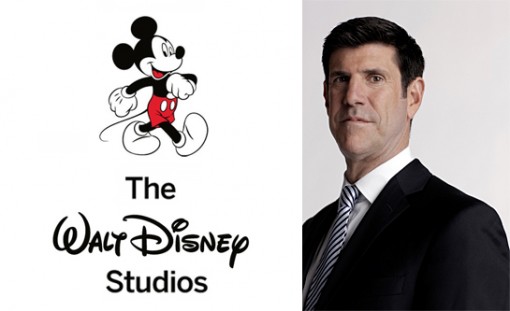