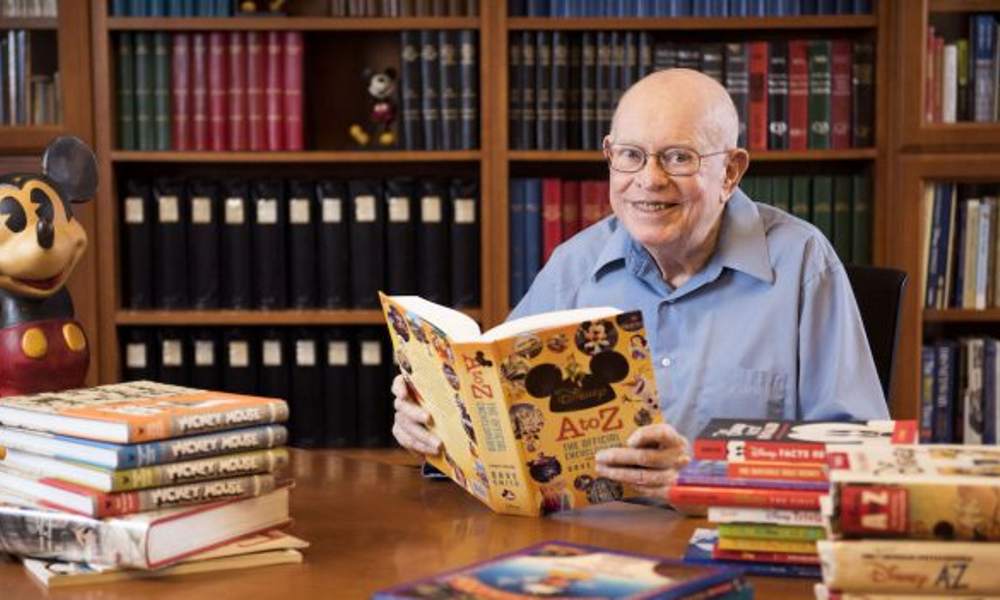 The late Disney Legend David Smith, founder of the Walt Disney Archives, will be commemorated with a window along Disneyland’s Main Street, U.S.A. celebrating his incredible legacy and impact on The Walt Disney Company. The honorary window will be unveiled on June 22, 2020, marking the 50th anniversary of the founding of the Archives. The announcement was made by Disney Executive Chairman Bob Iger during the company’s annual shareholders meeting on Wednesday.

Smith died in February 2019 at age 78, leaving behind a lifetime’s work preserving, cataloging and bringing to light the artifacts and ephemera of Disney’s legacy. The archivist wrote extensively on the company’s history, with a regular column in The Disney Channel Magazine, Disney Magazine, Disney Newsreel and articles in publications such as Starlog, Manuscripts, Millimeter, American Archivist and California Historical Quarterly. Smith also authored the official encyclopedia, Disney A to Z (now in its fifth edition); co-authored of The Ultimate Disney Trivia Book and Disney: The First 100 Years; and edited The Quotable Walt Disney.

Smith was honored with the prestigious Disney Legends Award in October 2007, and retired in 2010 after his 40th anniversary with The Walt Disney Company. He continued consulting for the Company as Chief Archivist Emeritus through his final years.

Details of the unveiling ceremony will be announced at a later date.