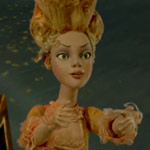 One of the animated features debuting at this week’s Berlin Film Festival and European Film Market is Russian director Stanislav Sokolov’s much anticipated stop-motion feature Hoffmaniada. The film, which screens on Sunday, Feb. 18 at 11 a.m. in Berlin, is produced by Russian studio Soyuzmultfilm, with concept and art design created by Mikhail Shemyakin. Based on the works of Prussian literary master E.T.A. Hoffmann (1776-1882), the feature has been in development and production for over a decade. We caught up with Sokolov to learn more about this unusual project:

Please tell us about the origins and inspiration behind the movie.
E. T. A. Hoffmann, in my opinion, is an outstanding and profound researcher of human types and characters. Hoffman wrote great works, many of them predicting today’s events and images. You can identify many famous figures in these grotesque characters and understand causes of their actions. Acuity of Hoffmann’s vision and unexpectedness of his plots amazed me since I was a child. In pre-perestroika times I tried to apply for directing some Hoffmann’s tales, but always received a negative answer: The tales were too scary for children and too mystical for adults. After reading Hoffmann’s diaries I realized that you can find the source of his fantasies, carefully comparing the events of his life with plots of his tales.

Why did it take so long to produce? What were the biggest challenges?
Of course, there is such an abundance of characters, events, transformations and fantasies in every one of Hoffmann’s tale that they do not fit into the limited standards of film production. And by the way, when we started working on Hoffmaniada, things were not easy for the studio, so we often had to stop production.

What was the film’s budget? How many people worked on it? What material did you use?
The question about the film’s budget is better left for the studio’s directors who received funding for the production of this complex film. We produced Hoffmaniada with the minimum number of staff. As for material, we used stomaflex (hard plastic for making artificial teeth), which is classical material for stop-motion animation, to work on the characters’ portraits. And wood, cardboard, plywood, carpentry tools, paper, gouache, and brushes for making scenery.

We read before that the project was also being developed as a TV series. Is that still in the works?
The series required the rapid production of content with a small number of characters. We could make a number of animated films based on Hoffmann’s tales, and – in practice – the work went on. But due to some difficulties and the studio failure, the film was divided into parts. The first part, “Veronica,” was made by 2010. The second and the third parts, “Hoffmann and the Secret of the Watchmaker” was completed in 2015. Currently, we are finishing work on special effects and computer processing of the material as well as on color correction and connection of all elements.

Who are your animation idols?
They are my teachers Ivan Ivanov-Vano, artist Boris Nemensky, directors with whom I worked: Vadim Kurchevsky, Nikolai Serebryakov, Anatoly Petrov. They are the masters who created beautiful unique works from their imagination and the simplest materials with the simple tools.

What do you think of the state of global animation in 2018?
World animation, in its best manifestations, reflects the times and tries to find an adequate embodiment of it in a variety of forms. If we want to keep up with the times, we should not fall into hibernation or euphoria from small successes, but persistently open up new spaces, carefully peer into the surrounding world and probe its pulse.

Now that the project is in its final stages, what are you most pleased about?
It is wonderful that many obstacles which seemed to be insurmountable were successfully overcome by the hard work of our small team, and we managed to create the world, which initially existed only in imagination and words.

What kind of advice would you give up and coming stop-motion animators?
Animation is a very difficult art that requires a lot of knowledge and skills, but do not give up, go ahead and just understand that every new discovery, and not only in animation, requires an obligatory period of total despair, struggle with yourself, with your laziness and with those who do not believe in your goal. It requires comprehension and search for your perfection. If you do not retreat, the discovery will necessarily appear on the horizon and will slowly approach. I wish you good luck in approaching your discoveries as well.

You can watch a half-hour segment of the movie here. 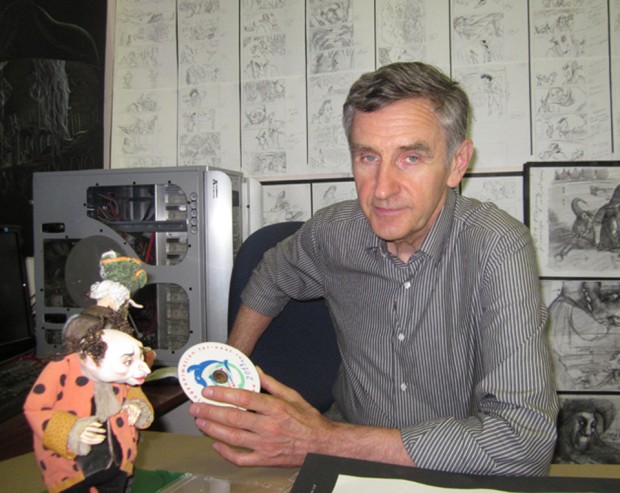 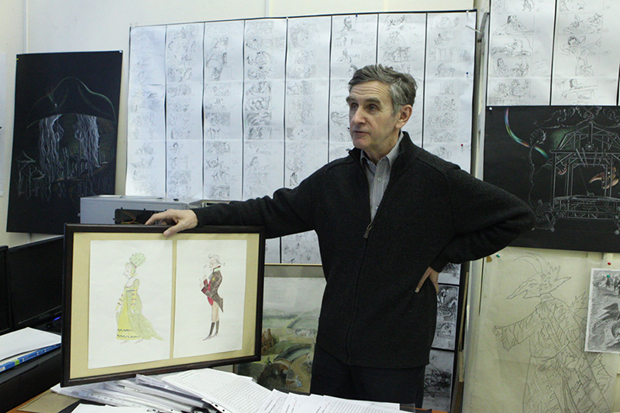 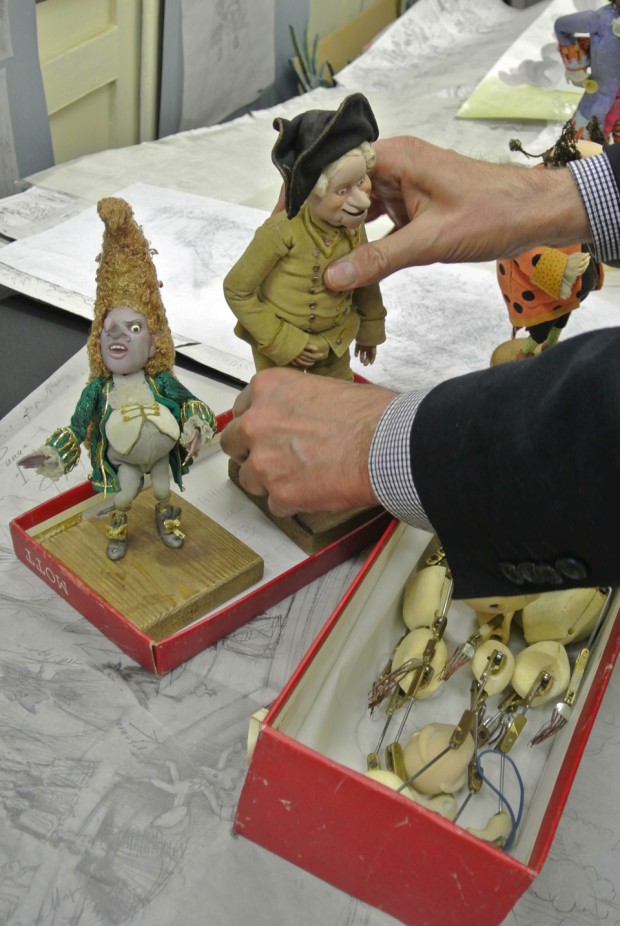 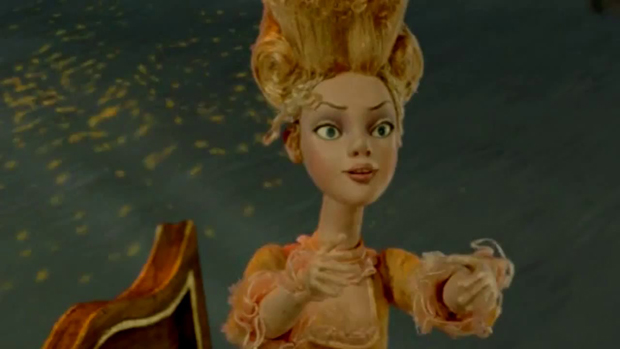 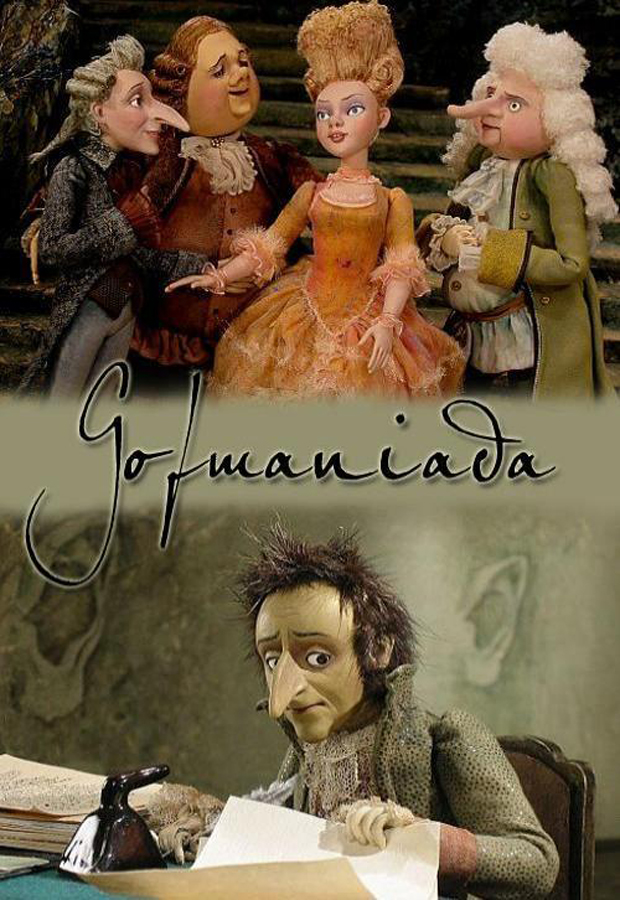 Bats to the Past: WB Dates & Trailers English Dub of ‘Batman Ninja’
Preschool Series ‘Bradley and Bee’ Soars Off to Spain