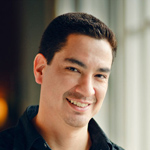 Venice-based studio Digital Domain 3.0 Oscar-winning vfx supervisor Eric Barba to Chief Creative Officer/senior vfx supervisor. In his expanded role, Barba, will help to drive the development of creative-side relationships for the company, guide creative practices and oversee the development of branded materials for the company’s marketing efforts. The 17-year Digital Domain veteran will also continue to work on individual feature films and commercials as a vfx supe and director. Barba reports to CEO Daniel Seah and is based in Los Angeles.

“FINALLY! Eric Barba is the reason Digital Domain is on my list of the top three visual effects companies in the world,” said acclaimed director David Fincher, who worked with Barba on The Curious Case of Benjamin Button, Girl with the Dragon Tattoo and Zodiac.

Barba was also vfx supervisor on Joseph Kosinski’s Oblivion and on Kosinski’s first feature, TRON: Legacy. Like many of the top directors he collaborates with, Barba is equally at home working in film and advertising. A graduate of the Art Center College of Design, he started his career at Steven Spielberg’s Amblin Imaging as a digital artist on sci-fi television shows. In 1996 he joined Digital Domain where he supervised visual effects on dozens of commercials for Nike, Heineken, Adidas, Microsoft Xbox/Epic Games, and other leading brands. He has worked on many commercial projects with Fincher, including a multiple-award-winning spot for Adidas, the Nine Inch Nails music video “Only,” and spots for Nike, Motorola and HP. Barba’s own commercial directing credits include Nike’s “Birth of Speed,” Jaguar’s “Pool,” and campaigns for American Express, Cingular and Honda.

“Digital Domain’s creative leadership is one of the company’s most valuable assets and Eric has been a strong advocate for this talent becoming even more active in shaping the company’s direction,” said CEO Daniel Seah. “With his experience and ability to develop creative relationships across feature films and commercials and a successful track record of introducing fresh approaches to the work, Eric brings a unique and important skill set to the leadership of Digital Domain 3.0 in this changing industry.”

Barba said, “Quality is what Digital Domain was built on and what drives us in this new phase of our company. The core creative leadership here has been in place for more than a decade and has set that bar. I’m looking forward to working with this team of supervisors to mentor the next wave of talent to continue delivering on that promise and that expectation.”