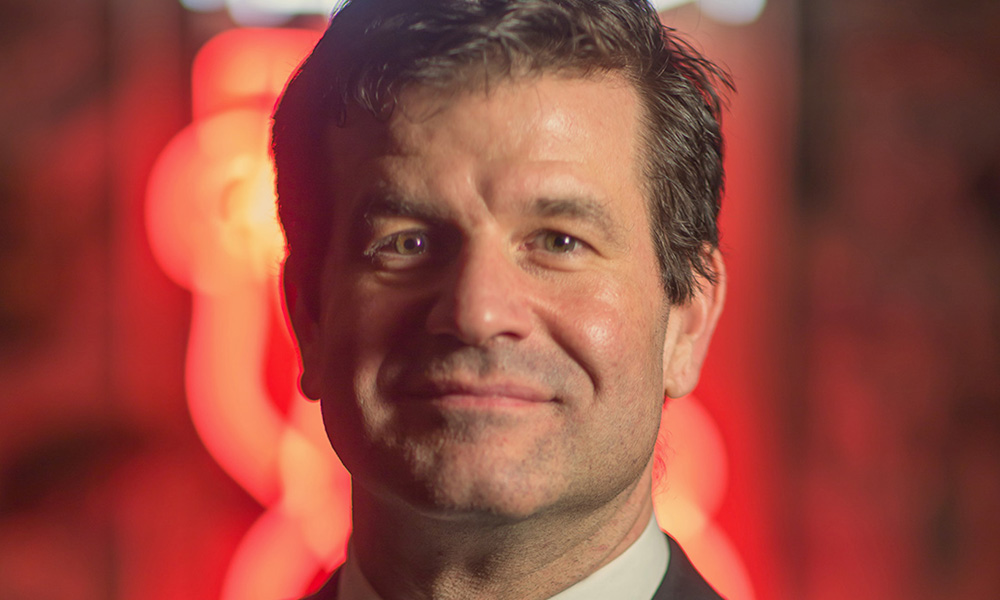 Digital Dimension Entertainment Group (DDEG), a Montreal-based company focusing on the creation and production of animated content, and winner of six Emmy Awards and four Visual Effects Society Awards, has promoted its Head of Production, Marc Bourbonnais, to Chief Operating Officer of the holding company, overseeing operations of all of the Company’s two studios, Saturday Animation Studios and Meduzarts Animation. The announcement was made today by Louis-Simon Ménard, CEO & President of DDEG.

“Since Marc joined the company in 2015, his structured approach to production challenges have made him an experienced problem-solver and pipeline expert for demanding digital productions,” commented Ménard.

“I am excited and honored to be awarded this new role. With my past experiences as a digital artist, instructor, producer and manager it is the perfect time to take on this opportunity,” stated Bourbonnais. “I am thrilled to be part of the DDEG family and will proudly continue to elevate its studios to whole new levels.”

DDEG’s Meduzarts Animation specializes in content for adult audiences, collaborating on projects with clients such as Netflix, Legendary Entertainment, WB Games, Ubisoft, Electronic Arts, Sony, Blizzard Entertainment and Bethesda Softworks LLC. Among the studio’s major projects currently in production is the highly anticipated animated series Army of the Dead: Lost Vegas, directed by Zack Snyder and Jay Oliva, which serves as a prequel to Snyder’s Netflix Original zombie heist action film Army of the Dead. The series is executive produced by Deborah Snyder, Zack Snyder and Wesley Coller from The Stone Quarry, alongside Jay Oliva and Shay Hatten.

Continuing on its mission to innovate, Army of the Dead: Lost Vegas is the entertainment group’s third series produced in real time on the Unreal engine. Previously, DDEG leveraged the gaming engine for NBCUniversal’s Zafari, the first animated series to be fully produced in real time, and PKDI’s The Beachbuds.

Saturday Animation Studio, which focuses on quality youth content, is also full speed ahead on the development of its own IP slate, the renewal of its award-winning, co-produced property Mighty Mike (Cartoon Network/ABC/Universal Kids), as well as production deals of exciting new series, which will expand the studio’s operations with a major increase in the hiring of animation talent in 2021.

Marc Bourbonnais joined Digital Dimension in August 2015 as Head of Technology, after which he was promoted to Head of Production in March 2017. In that role, Bourbonnais has shepherded over a dozen projects, including Zafari, Mighty Mike, Sadie Sparks and Helen’s Little School, as well as multiple cinematics notably for Tom Clancy’s Rainbow Six Siege: Outbreak and Middle-earth: Shadow of War with the DDEG/Meduzarts Animation team.

Prior to joining DDEG, Bourbonnais served as President and Co-Founder of Modus FX (2007 – 2014) offering digital production services for film, television and new media. Modus FX worked on projects for clients such as Marvel Studios, Summit Entertainment, Relativity Media, Sony Pictures, Discovery Channel, Warner Bros. Interactive and the History Channel. FFX-driven feature film productions included The Avengers, Now You See Me, Mirror Mirror, The Twilight Saga: Breaking Dawn – Part 1 and This Is The End. From 1997 to 2007, Bourbonnais served as the Lead 3D Technical Director at Hybride, a division of Ubisoft that delivers state-of-the-art digital imagery for the film and TV industry worldwide.