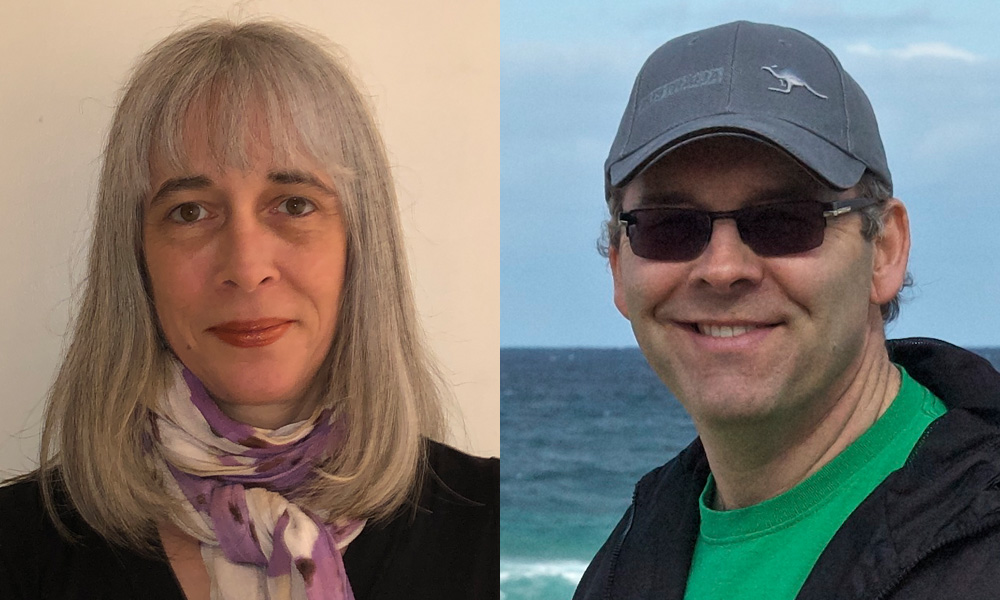 Following a year of significant growth, Digital Dimension Entertainment Group (DDEG), a company focusing on the creation and production of original animated content and winner of six Emmy Awards and four Visual Effects Society Awards, has appointed two new senior production executives to join the ranks of its Montreal-based studio. Annie Cliche joins DDEG as Supervising Producer for both its Meduzarts Animation Studio and Saturday Animation Studio, while Paul Griffin joins Meduzarts Animation Studio as Animation Supervisor. The announcements were made today by Louis-Simon Menard, President & CEO of DDEG.

“Annie brings with her a wealth of knowledge and problem-solving skills, from pre-production through delivery. Her positive energy and collaborative nature have allowed her to develop strong relationships with both clients and colleagues as she accompanies them throughout every stage of a project,” commented Menard. “Paul’s diverse background in animation supervision as well as his roles as producer/executive producer, and VFX Supervisor on numerous projects brings tremendous talent to Meduzarts as we deliver one of our biggest projects to date Army of the Dead: Lost Vegas!”

Annie Cliche is a VFX producer with a proven track record in Animation and VFX for both film and television. As Supervising Producer, Cliche will work to ensure that productions across both Meduzarts and Saturday Animation Studio are delivered on time and on budget, offering support to producers across all production teams.

Cliche joins DDEG following a three-year stint at DNEG where she served as VFX producer on the 2022 feature Death on the Nile for 20th Century Studios and Disney’s Togo. Prior, she was a VFX producer at Rodeo FX, working on a variety of titles including Arrival, Deadpool and Game of Thrones.

Paul Griffin is joining the Meduzarts division and will serve as Animation Supervisor on Army of the Dead: Lost Vegas. In his role, Griffin will ensure that the director’s vision is translated to the animation team, and manage their efforts as they bring the project to life.

Griffin’s illustrious career includes a nine-year tenure with Industrial Light & Magic (1994-2003), as well as one year in New Zealand for Weta Digital working on Lord of the Rings: Return of the King as senior animator; and invented action and layout shots for King Kong. He formed a new animation production division at CafeFX, working on projects that included Mr. and Mrs. Smith and Fantastic Four; served as series director at Bardel Entertainment; and was the animation supervisor for Image Metrics working on The Mummy: Tomb of the Dragon Emperor and The Curious Case of Benjamin Button; animation consultant on District 9 for Image Engine Design Inc.; animation lead on Happy Feet 2 for Dr. D Studios; and director on The LeBrons Season 3 for CounterPunch Studios.

Saturday Animation Studio, which quietly launched last year amid the COVID pandemic, specializes in 2D and 3D real-time animation of kids and family content (powered by Epic’s Unreal Engine) and has multiple projects currently in various stages of development. In 2017, Saturday delivered the Zafari for NBCU, the world’s first series ever to be produced with real-time technology. An Epic Games Mega Grant recipient, the studio’s other series include Bayo, The Beachbuds, Sadie Sparks (Disney Channel), Helen’s Little School (BBC Kids/Discovery Kids), and Mighty Mike (TeamTO). Saturday Animation Studio is in development on its first original IP, a high-octane action-adventure-comedy series, Chase and CATCH.

In addition to Meduzarts and Saturday, DDEG is home to KRAKN Animation. The Group employs 200 people across its operations.