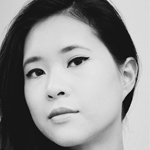 Global vfx boutique Jogger announces that Diana Cheng as the new Head of Production for the company’s Western US offices, in which position she will also collaborate with the studio’s locations throughout the US and in London.

Cheng joins the studio with over a decade of expertise, having produced VFX for such projects as Nike “Equality,” directed by Melina Matsoukas, and the AICP Show honoree Nike “Vapor Trail,” directed by Mark Zibert (both for Wieden & Kennedy); Samsung’s very first Super Bowl spot “Thing Called Love,” directed by Bobby Farrelly for 72andSunny; and the Douglas Avery-directed “Audi Force of Nature.”

“Diana’s brilliant,” said Jogger Creative Director Andy Brown. “It feels great to be welcoming such an exceptional Head of Production to our team at Jogger. She brings with her a wealth of experience and I look forward to working with Diana in the further development of Jogger.”

“Diana and Andy make an amazing team, we are excited to see them take Jogger to the next stage of the company’s development,” added Michelle Eskin, Managing Partner at Jogger and Cut+Run.

As the new HoP, Cheng will exercise her skills at wearing many hats, honed with a depth of experience including working on location and in-studio with multitudes of compositing (Flame/Nuke), CG, animation, editorial, motion graphics and design teams of various sizes. In nearly eight years as Senior Producer at The Mission, her clients included 20th Century Fox, Leo Burnett, Tool of North America, ESPN, Paramount, Wieden+Kennedy, TeamOne, Venables Bell & Partners, 72andSunny, McGarryBowen, Goodby Silverstein & Partners, BBDO, BBH and others. Cheng also enjoyed a five-year tenure at Asylum where she worked with director David Fincher on Apple iPhone, McG’s Terminator Salvation for iPhone, among other noted collaborations and projects.

“Making people’s lives easier throughout complicated productions — it’s what we strive for every day. So when I met everyone at Jogger, there was an immediate sense of being in this together, in this goal of helping our clients make beautiful images and interesting narratives,” said Cheng. “It’s an amazing team.”