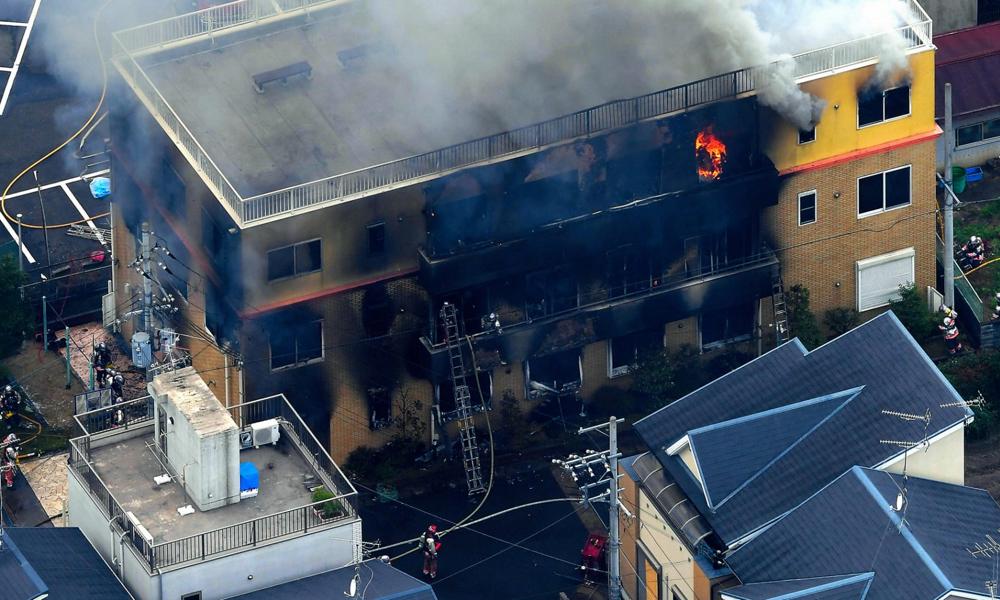 The suspected arsonist behind last year’s devastating attack on Kyoto Animation has finally been arrested and removed from the hospital to a police station for questioning, according to the Japan Times. He was said by witnesses to the transfer to have severe, visible burn marks.

The gasoline fire ignited on July 18, 2019 claimed the lives of 36 of the estimated 70 people in the studio and injured 33 more, but the suspect — identified shortly after the attack as 41-year-old Shinji Aoba — had been too critically injured to leave the hospital. Kyoto police originally planned to carry out the arrest in January, but concerns over the spreading coronavirus epidemic and Aoba’s bedridden condition interfered.

At the time of the attack, Aoba claimed that the studio had used his writing (possibly submitted to a contest at the studio) without giving him credit, although KyoAni has denied any of its animations are based on his work.

The onset of the COVID-19 crisis has been a secondary blow to Kyoto Animation after the production setbacks caused by the fire. The studio announced earlier this month that its hiatus would continue through the end of May, delaying the release of the highly anticipated second Violet Evergarden movie, originally set to debut in Japan on April 24.

KyoAni’s other well-known projects include the Sound! Euphonium, Free! and K-On! franchises, as well as Liz and the Blue Bird, A Silent Voice and The Disappearance of Haruhi Suzumiya.