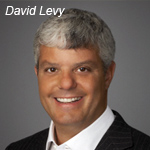 David Levy, Turner Broadcasting System’s president of sales, distribution and sports has been promoted to the president of the cabler as former chair and CEO Phil Kent prepares to leave his post. John Martin will take over as company CEO in January. Levy will oversee Turner’s domestic entertainment and animation & young adults networks, with Steve Koonin, president of Turner Entertainment Networks, and Stuart Snyder, president and chief operating officer of Turner Animation, Young Adults & Kids Media, now reporting to him.

Levy, who reports to Kent, will now be in charge of all creative and business activity of the Turner networks TBS, TNT, Turner Classic Movies, truTV, Cartoon Network, Boomerang and Adult Swim, as well as their digital brand extensions, in addition to continuing to oversee the company’s domestic revenue areas, ad sales and affiliate sales. This new structure increases efficiency, focus and accountability for growth and results.

“John Martin and I discussed the future of Turner and this new structure upon the announcement of John’s appointment as the company’s next CEO,” Kent said. With his enthusiastic support, we agreed David will provide outstanding leadership to his longtime colleagues Steve Koonin and Stu Snyder, and will be a significant managerial asset to John, as CEO, and Turner.”