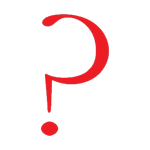 New York-based indie animation house Curious Pictures has announced several new hires: Exec producer Gary Giambalvo has joined the New York office as exec producer. Previously, Giambalvo was with The Studio, a digital animation and production company, where he oversaw work for clients such as Pepsi, Target, Sony, Kraft and more. He sits on the board of directors of AICP Digital as well as NYCACM SIGGRAPH.

Curious Pictures is also beefing up its west coast presence with the addition of exec producer Adam Bloom. Adam has worked as exec producer at Form, Omaha Pictures, and A Band Apart. His primary focus for Curious Pictures will be live action and he will work out of the Los Angeles office.

“The addition of Gary and Adam to Curious Pictures is an exciting step for us and really helps bridge together the long format television work with our commercial and digital projects,” said managing partner Jan Korbelin.

Director Daniel Cohen has also recently joined the Curious Pictures roster for representation in the United States. Daniel’s career began in 2003 with a spot for Nelson Mandela’s charity READ, which won Creative Circle’s best newcomer award. Proficient in both live-action and stop-motion, he has created spots with Aardman in the U.K. for Hovis, Amnesty International, Kettle Chips and Clipper Tea, and directed a highly successful three-year campaign for Hellman’s. His model-making and art direction skills can be seen in his work for Birmingham Bullring and Urbanara.

Curious Pictures is currently producing a television pilot for Disney Junior, a PBS show alongside Mo Willems based on one of his best-selling books, and a dance video game with the street date of November 2013 under the supervision of Director of CG Vadim Turchin, as well as various commercial projects.