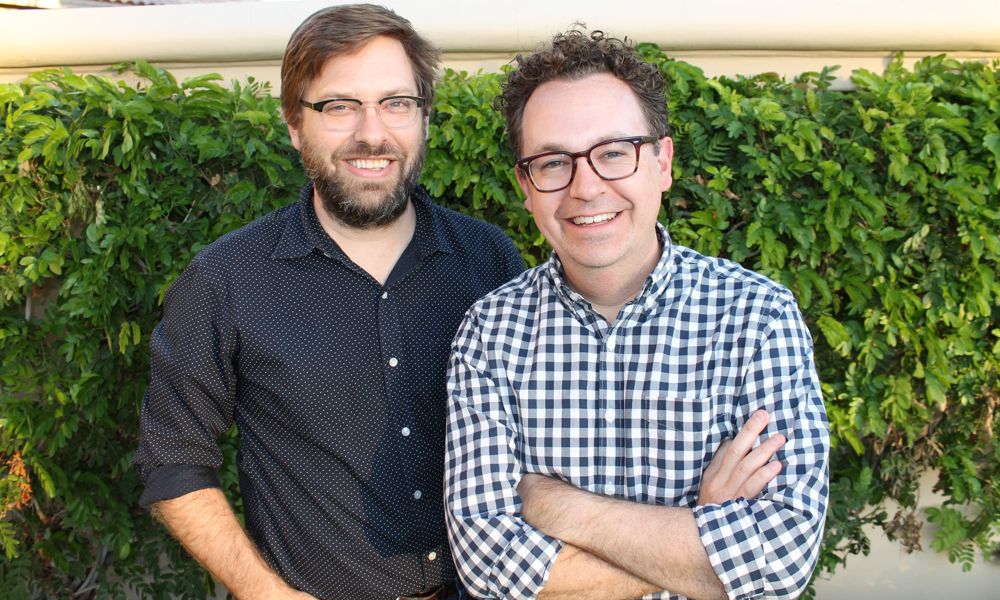 Emmy Award-winning animation writer/producers (and, according to their bio, “brothers and sworn blood enemies”) Kevin and Dan Hageman have signed a multi-year overall production agreement with CBS Studios. Under the new deal, The Studio has the exclusive rights to produce all television content created and developed by the duo.

Currently, the brothers are executive producers and showrunners for the upcoming Star Trek: Prodigy animated TV series from CBS Studios for Paramount+ and Nickelodeon. Additionally, they are writing the feature film sequel to their 2019 Guillermo del Toro horror hit Scary Stories to Tell in the Dark, and a live-action feature adaptation of the classic arcade game Dragon’s Lair, starring Ryan Reynolds for Netflix.

“Dan and Kevin are brilliant creators and master storytellers,” said David Stapf, President, CBS Studios. “They have a unique gift for tapping into the human spirit through a lens of compelling characters, insight and humor. They’ve done an amazing job creating Star Trek: Prodigy for a younger audience, and we can’t wait for kids and families to discover and enjoy it. We feel so fortunate that they will make their home at CBS Studios.”

“We’re overjoyed about our opportunity to work closely with David Stapf and his entire team at CBS Studios,” said the brothers. “Since Alex Kurtzman made our introduction, we have felt nothing but trust and support while collaborating on Star Trek: Prodigy. Not only are we anticipating big things in animation, but the possibilities in the live-action space have us very excited as well.”

Most recently, the Hagemans co-wrote the Golden Globe-nominated film The Croods: A New Age for DreamWorks Animation. They also were co-executive producers and showrunners of the multiple Emmy Award-winning animated series Trollhunters for acclaimed director del Toro and DreamWorks Animation. The brothers won an Emmy Award for Outstanding Writing in an Animated Program and are now writing and executive producing the film finale, Trollhunters: Rise of the Titans.

The prolific team also co-created the critically acclaimed The LEGO Movie with producer Dan Lin, director/writers Phil Lord and Chris Miller, and Warner Brothers Animation. The film has won numerous awards and spawned movie spinoffs, sequels, TV shows and theme park attractions. Off that success, the brothers worked closely with the Danish toy company to write and executive produce LEGO Ninjago: Masters of Spinjitzu for Cartoon Network. It quickly grabbed the imagination of children across the world and grew into a global phenomenon.

Other theatrical credits for the Hagemans include creating the story for the animated hit film Hotel Transylvania for Adam Sandler and Sony Animation, which has grown into a powerful franchise that includes three sequels and a television series.

Kevin and Dan Hageman are managed by Trevor Engelson at Underground, and are also represented by Adam Kaller at Hansen Jacobson

A New Generation Spreads Its Wings in 'Dragons: The Nine Realms'

MARZ Raises $6.5M in Series A Funding to Scale Up for VFX Demand

The holidays are lighting up as Cartoon Network kicks off the month of December with ...

The Walt Disney Company Board of Directors announced that it has elected Susan E. Arnold ...