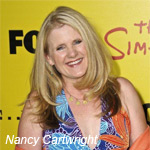 Actress Nancy Cartwright, the one-and-only voice of Bart Simpson, will receive the Don LaFontaine Legacy Award at this year’s PromaxBDA kudofest tonight (June 14). Cartright, who has been the voice of Bart for the past 24 years will be honored at a special ceremony, hosted by Jay Mohr.

“Through her acting and voice over talent, Nancy Cartwright has put her stamp on an iconic character and helped make famous Bart, the beloved underachiever,” said Jonathan Block-Verk, president and CEO of industry marketing and promotion org PromaxBDA International. “Her many voice over credits combined have contributed to her success as an actress, philanthropist and civic leader.”

The Don LaFontaine Legacy Award was introduced for the first time as a part of the 2009 PromaxBDA Promotion & Marketing Awards at the 54th annual PromaxBDA Conference. This special award has been created to recognize voice talent and its integral role in marketing and promotion within the entertainment industry. Given to a voice of impact and someone who has contributed with their body of work to the effectiveness of the business, this award is offered in honor of Don LaFontaine’s name, memory and defining legacy.

Cartwright also gives voice to Ralph Wiggum, Nelson Muntz, Todd Flanders, Kearney, and Database in the town of Springfield.  She is also known in the non-profit world as a generous and active philanthropist who gives of her time, energy and resources equally. Through events hosted at her home over the past five years, and with her personal support, funds have been raised to help to build a youth center for Devonshire PALS (Police Activities League Supporters). She started her own non-profit, Happy House, which aims to “Build Better Families.” 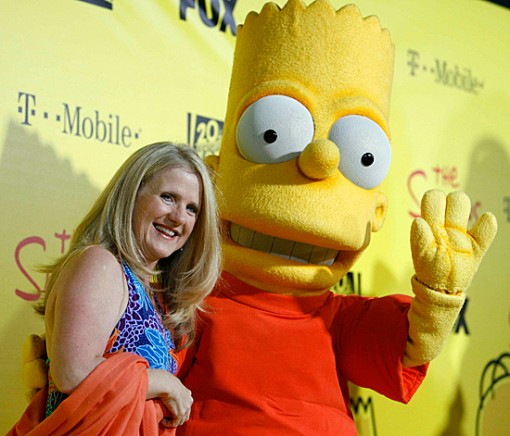 In addition to her work on The Simpsons, Nancy has portrayed Chuckie in the cable series Rugrats, as well as Rufus the Naked Mole Rat in Kim Possible and Todd on Disney’s The Replacements. She has also been featured in Fame, Empty Nest, Cheers, The Fresh Prince of Bel Air, Twilight Zone-The Movie and Godzilla, as well as a lead in the TV movie Marian Rose White. She also received an Emmy Award and an Annie Award for Outstanding Individual Achievement in Voice-Over Performances as Bart Simpson.

For more information, or to attend, please visit promaxbda.org.