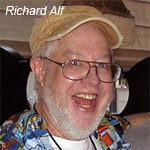 Richard Alf, one of the co-founders of San Diego’s Comic-Con, has died from pancreatic cancer at age 59, reports The Associated Press. Friend and fellow Comic-Con co-founder Mike Towry noted that Alf planned the San Diego convention in 1969 at the age of 17. He financed the first three cons, and he was also a prominent early mail-order retailer and also opened Comics Kingdom in San Diego.

In 1970, the first Comic-Con was a very small, grassroots event compared to the enormous media event that now draws more than 125,000 people to the San Diego Convention Center each July.

Alf was diagnosed with advanced pancreatic cancer in December. He is survived by his mother. Services have not yet been scheduled but are expected to be held early next week at Bonham Bros & Stewart Mortuary and Cremation Service in Ramona, California. 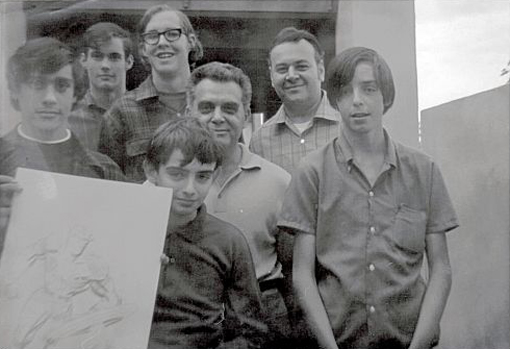 Photo of the very first committee members of the San Diego Comic-Con (except for
Mike Towry, who is not pictured). It was taken in the fall of 1969 at the home of Jack
Kirby. Left to right are: Dan Stewart (holding drawing), Bob Sourk, Richard Alf, Barry Alfonso (in front, holding drawing), Jack Kirby, Shel Dorf and Wayne Kincaid.