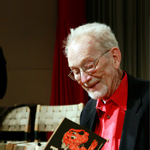 Norman Bridwell, who achieved incredible success with his seminal children’s book creation Clifford the Big Red Dog, has died at age 86. According to an announcement from his longtime publisher Scholastic, Bridwell passed away last Friday, Dec. 12 in Martha’s Vineyard.

“The magic of the character and stories Norman created with Clifford is that children can see themselves in this big dog who tries very hard to be good, but is somewhat clumsy and always bumping into things and making mistakes,” said Scholastic’s president & CEO Dick Robinson in a release. “What comforts the reader is that Clifford is always forgiven by Emily Elizabeth (named after Bridwell’s daughter), who loves him unconditionally. At Scholastic, we are deeply saddened by the loss of our loyal and talented friend whose drawings and stories have inspired all of us and generations of children and their parents.”

Bridwell’s best known character got his start with the Clifford the Big Red Dog book published in 1963. The author/illustrator would go on to produce more than 150 Clifford adventures — two of which will be published posthumously next year. In addition to selling over 129 million copies of the books worldwide, the oversized pup inspired an animated TV series on PBS Kids (2000-20003) and is set to appear in a live-action/CG hybrid feature film adaptation directed by David Bowers (April 8, 2016).

Born in Indiana, Bridwell attended the John Herron Art Institute in Indianapolis and, later, Cooper Union in NYC. The self-described struggling commercial artist found sudden success with Clifford, and he also wrote and illustrated Kangaroo Stew, The Witch Next Door and A Tiny Family. He is survived by wife Norman, children Emily Elizabeth and Timothy, and three grandchildren.

You can watch a special video celebrating Clifford’s 50th anniversary, featuring an interview with Bridwell, here. 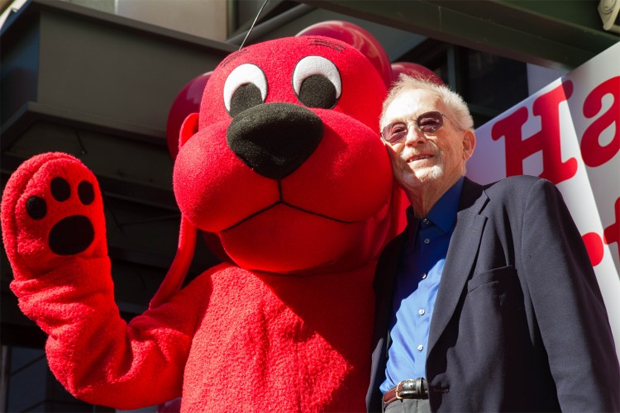