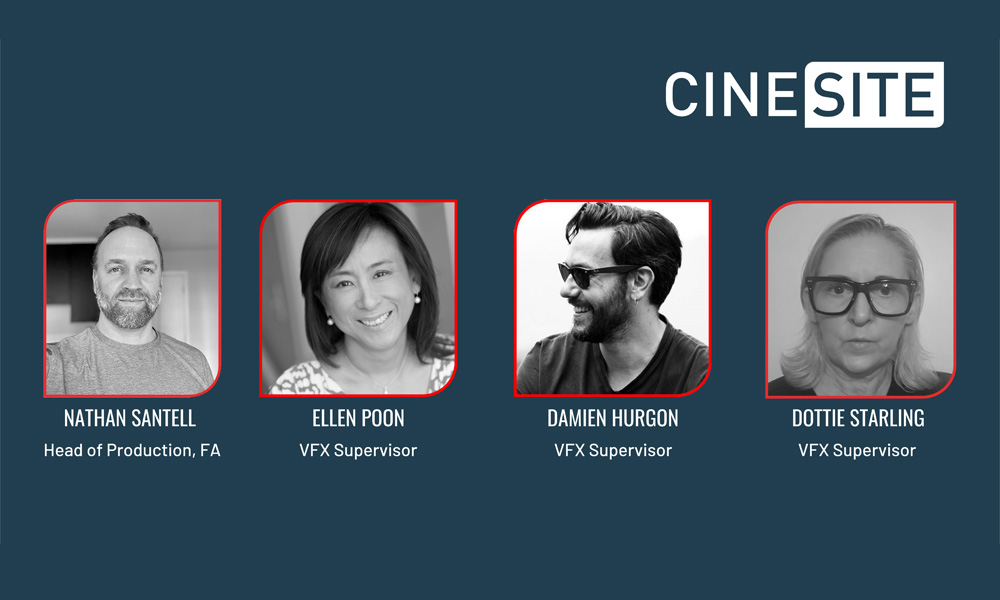 The hires come on the heels of a year of steady growth for the Montreal VFX division, which has recently worked on Respect (MGM), The North Water (AMC) and Tribes of Europa (Netflix), as well as Cinesite’s feature animation work on Space Jam: A New Legacy (Warner Bros.) and Blazing Samurai (Aniventure & GFM Animation).

“While Cinesite has a strong track-record of promoting artists and staff from within, it’s often beneficial to bring in people from elsewhere,” said Graham Peddie, Cinesite Montreal COO. “We know Nathan, Dottie, Ellen and Damien will each bring with them new experiences, techniques and inspiration to help Cinesite Montreal expand its creative palette and meet the growing demand for new high quality entertainment content.”

Dottie Starling is a highly experienced visual effects supervisor with more than 60 production credits across her 24-year career. From prime-time episodic series like Ozark to Academy Award-winning feature films such as 12 Years a Slave, Starling is known for delivering stunning, photoreal visual effects.

Damien Hurgon‘s experience ranges from delivering 250 VFX shots of Jake Gyllenhaal as a double above-the-knee amputee for Stronger to supervising a creative team of over 40 crew to bring Stephen King’s novel, Pet Semetary, back to life in 2019. He joins Cinesite with over 12 years experience having worked for Mikros and Mr. X in Paris and Montreal, respectively.

Ellen Poon is a world-renowned expert in visual effects and animation, with a career spanning more than 30 years, she is a member of the Academy of Motion Picture Arts and Sciences Executive Committee. Poon has worked on films such as Jurassic Park, Frozen, Zootopia, Moana and Raya and the Last Dragon, just to name a few. She is also passionate about Chinese film projects, recently having worked on one of the highest grossing movies in China: Monster Hunt.

Nathan Santell is an inspiring leader with a strong track record and clear vision. As Head of Production for the Feature Animation division, Santell will lead the teams in creating efficiencies and continuous improvements to the production pipeline and workflows. His past credits include Mad Max: Fury Road, Gravity, Iron Man 3 and The Avengers, to name a few.

Launched in 2014 with just a handful of artists & technicians, Cinesite’s Montreal office now boasts capacity for over 700 employees. The studio is currently recruiting across a range of departments and at various levels of seniority.

The company is headquartered in London with an additional studio in Vancouver, alongside group VFX brands Image Engine and TRIXTER. VFX projects currently in production across the Cinesite group include The Witcher S2 (Netflix), Matilda (Netflix), Venom: Let There Be Carnage (Sony) and Shang-Chi and the Legend of the Ten Rings (Marvel Studios), to name a few. Feature animation projects include The Addams Family 2 (MGM), Blazing Samurai (GFM Animation & Aniventure) and Hitpig (Aniventure).

Cinesite, established in 1991, is a global independent digital entertainment studio, producing award-winning animation and VFX for film, broadcast and streaming. The studio has facilities in London, Montreal and Vancouver.