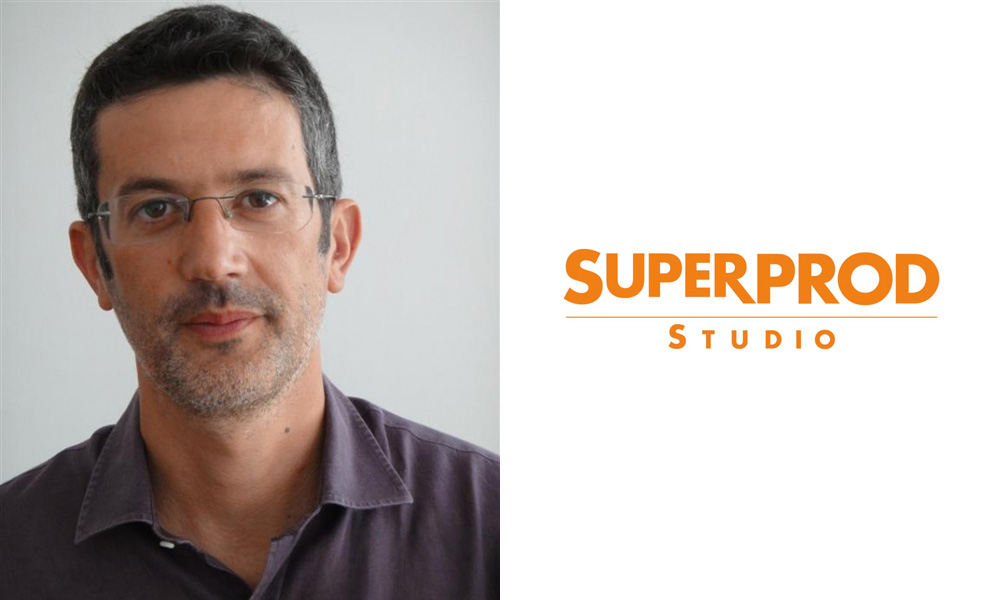 SuperProd Studio has appointed Christophe Archambault as Chief Technical Officer for its Paris and Angoulême studios. In this role, he will help meld tech capabilities to a slate of new animated feature film and television series projects planned for the next couple of years.

“The arrival of Christophe is a major step in the expansion of SuperProd Studio. Christophe is an expert in CG animation production, from feature films to TV series, and his track record and expertise will be enable us to embrace even more ambitious projects for TV and cinema,” commented co-founders Clément Calvet and Jérémie Fajner.

Virginie Créance, Head of Operations and Productions, said: “I am delighted to be working with Christophe, he will be a key asset for structuring the growth of our studio in Paris and in Angoulême and the diversity inside our slate.”

Archambault started his career with Sparx Animation Studios before co-founding TeamTO in 2005. He then worked in Southeast Asia for several years before joining Mikros-Technicolor, first as Chief Technical Officer of the VFX studio and then as CTO for the whole Group and its studios in Canada, the UK, France and Belgium. He has participated in a great variety of productions, TV series, feature films, advertisements, and more recently on the animation feature films Asterix: The Secret of the Magic Potion for M6 Studio, Sherlock Gnomes for Paramount, Captain Underpants for DreamWorks Animation.

“I am delighted to join the dynamic team of SuperProdu Studio,” said Archambault. “Their creativity, their vision and the slate of projects are very exciting from all viewpoints.”

SuperProd’s upcoming slate includes two major animated feature films: A tooned-up remake of Charlie Chaplin’s masterpiece The Kid, and the first theatrical feature for the famous baby chick Calimero. The studio is also preparing a raft of TV series, including Joker Joe with M6, Osmond with France Televisions, Anna & Froga with BBC Worldwide, and Pat the Dog 2. SuperProd is also in discussions for several animation productions for high-profile third-party clients in Europe and North America.

The studio has worked on notable series including Pat the Dog, which airs in 180 countries including on Disney Channel in the US and Cartoon Network EMEA/Asia; Helen’s Little School; Sophie la Giraffe; and is working on season 2 of Lassie (DreamWorks Animation, TF1, ZDF) and on Go! Go! Cory Carson (Kuku Studios, VTech, Netflix).