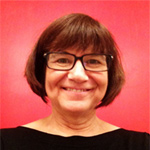 Tricon Films & Television has bolstered its Kids & Family branch with the appointment of Christine Davis as Director of Animation Production, based in Toronto. An Emmy Award-winning producer, Davis brings over 20 years of experience to her new position at the company.

Davis has worked on a number of hit kids’ series, including Arthur, Justin Time and Anne of Green Gables. Her extensive credit list covers all manner of animation production formats, including classic 2D, Flash, stop-motion, 3D and special effects. Most recently she was a founding partner of boutique animation consulting company, Animated Solutions.