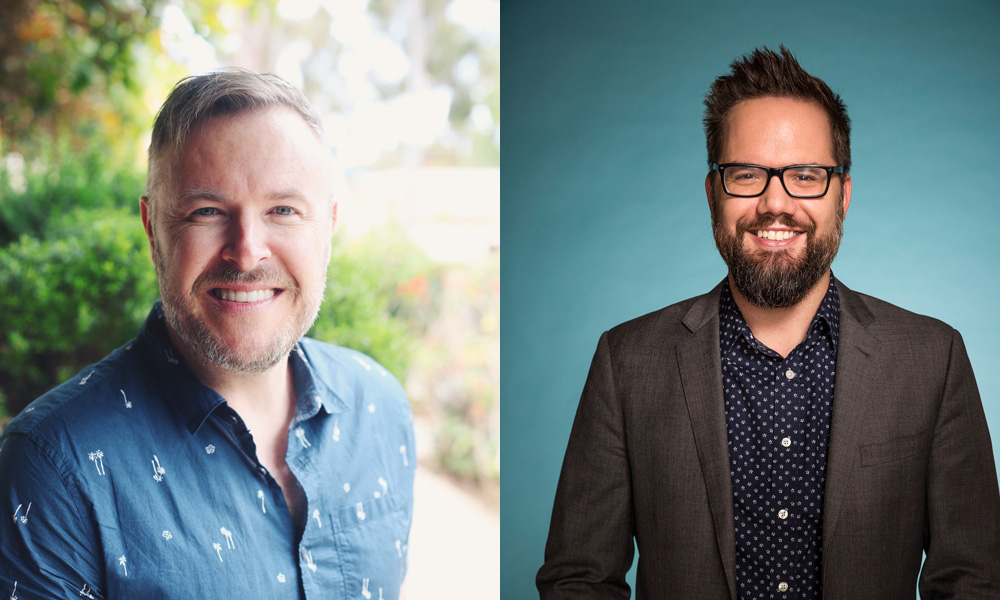 “Spencer and Chris are extremely talented executives with a wealth of creative experience that line up perfectly with the Stoopid Buddy Stoodios mindset. We couldn’t be more excited to have them lead our development team,” said Senreich.

Waters spent the last 20 years as a senior level executive in animation development and production. He recently served as a Creative Executive at Stoopid Buddy Stoodios, where he specialized in strategic partnerships and developed content for emerging platforms, OTT and kids, and expanding the studio’s 2D and puppet slate. Prior to his time with Stoopid Buddy Stoodios, Waters co-founded Oktobor Animation. The New Zealand-based visual effects and animation studio developed and produced original content for Nickelodeon, DreamWorks Animation and others, including the Emmy Award-winning series The Penguins of Madagascar, Kung Fu Panda: Legends of Awesomeness, Teenage Mutant Ninja Turtles and Robot and Monster.

“I’m excited to continue my journey here at the studio, and especially in this new role,” said Waters. “Working with the talent this studio champions is absolutely a dream come true. Not all dreams should come true. Like the one where you don’t know the answers to the test. That dream can stay where it is.”

Griffin joins Stoopid Buddy Stoodios from Big Breakfast, where he served as Senior Vice President and Executive Producer. His credits include Adam Ruins Everything for TruTV, Hot Date for PopTV, and The Middle of the Night Show for MTV. While at Big Breakfast, he helped earn the CollegeHumor brand over 12 million YouTube subscribers and 20 Webby Awards. In addition, he was recognized with a Webby and Telly Award for his co-direction and production of a video starring a rapping First Lady Michelle Obama.

“I’m thrilled to expand the Stoopid Buddy Stoodios creative vision into live-action,” said Griffin. “This new and innovative art form of ‘live action’ is the cutting edge of storytelling. Shows with humans as actors? It’s crazy, but it just might work.”

Learn more about the Stoodios at www.leagueofbuddies.com.