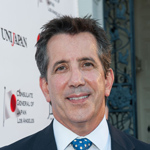 The news comes just weeks after it was announced that co-President Mireille Soria was vacating her position after a matter of months. Soria is remaining at the studio to produce on the Madagascar franchise, and Bonnie Arnold remains as sole President. The duo had taken the helm in place of Ann Daly shortly after NBCUniversal took over the studio in a $3.8 billion buy by parent company Comcast in August 2016.

Katzenberg, who founded DWA in 1994 with Steven Spielberg and David Geffen, will now serve as Chairman of DreamWorks’ New Media division, which will oversee NBCU’s stakes in AwesomenessTV and NOVA.

Chris deFaria comes aboard after serving as President, Digital Production, Animation and Visual Effects at Warner Bros., where he jointly oversaw Warner Animation Group (The LEGO Movie, Storks; 2017’s LEGO Batman and Ninjago). His credits at WB include VFX spectaculars Man of Steel, Pacific Rim and Harry Potter and the Deathly Hallows – Pt. 2. His executive producer credits include animated features Legend of the Guardians: The Owls of Ga’Hoole and Happy Feet Two, as well as Gravity and Mad Max: Fury Road.

Courtenay Valenti, who co-ran WAG with deFaria and Greg Silverman (who stepped back from his executive duties last month to form a new studio backed by WB), remains in charge of the Group while WB hunts for a new executive.