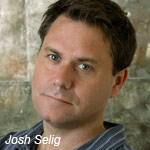 Little Airplane’s founder and president talks about his two new preschool series Small Potatoes and 3rd & Bird, which will both premiere on Disney Channel ‘s Junior block this month.

It’s been five years since Josh Selig’s innovative, award-winning show The Wonder Pets! changed the TV preschool scene with its delightful animation, lovable characters and excellent use of classical music. This fall, the 10-Time Emmy-winning Selig and his talented team at New York-based Little Airplane Productions are ready to dazzle audiences once again with two excellent new shows: Small Potatoes and 3rd & Bird, both of which premiere on Disney Channel’s Junior block in September. The talented Mr. Selig was kind enough to respond to some of our burning questions in connection with the debut of his shows:

Animag: First up, let’s talk about Small Potatoes and how you came up with the concept for the show?

Josh Selig: Well, I have always liked potatoes. They are humble, unassuming and everybody loves them. In many ways, potatoes are the perfect metaphor for young kids: Unformed, full of potential and cute.

Small Potatoe's Ruby (Before & After)

How did the show evolve through its various stages of development?

We started out with clay sculpts of the potatoes because I wanted them to feel real and have weight the way a real potato does. Then we cleaned them up in Photoshop, but we left many of the striations because I like it when things look like people have made them by hand. Then we animated them in After Effects.

Can you talk about the look and visual style of the show? How is it similar and different from other Little Airplane shows?

I think the only thing that connects all our shows, from Oobi to Wonder Pets! to Small Potatoes is a certain fundamental cuteness that we try to give to all of our characters. If you don’t fall in love with our characters, then we have not succeeded. We’re quite agnostic when it comes to live action vs. animation. We just try to do whatever works best for that specific show.

What was the biggest challenge in getting the show off the ground?

Well, initially, when I just had a show bible, everyone thought I was crazy and quickly turned me down. They were like, “Four singing potatoes? Really? Why?” So then we went ahead and made a short pilot and suddenly everyone was like, “Oh, yeah! Four singing potatoes! Cute!” 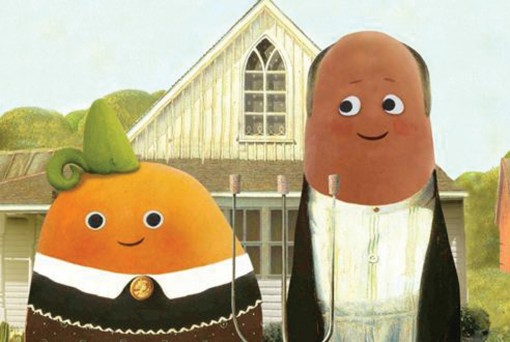 What do you love about it now that it’s ready to launch?

I love the underlying message of the show, which is, simply, “We’re all potatoes.”  On our Facebook page, the fans often introduce themselves by saying, “I’m Joseph, and I’m a potato.” That happened quite organically (so to speak). What we didn’t expect was the amazing outpouring of support for the series from teens. Our Small Potatoes Facebook page now gets about 1,500 new fans a day, mostly teenagers.  It’s like Potato-mania. We even make free custom “Photatoes” on Facebook now.  You can check it out at facebook.com/thesmallpotatoes.

What is your philosophy of show production/creation at Little Airplane?

Historically, I have created all of our shows myself, but this year that’s changing.  We have a new series coming up called The Adventures of Napkin Man that I co-created with one of my trusted senior staff members, Tone Thyne. As for our production philosophy, we always try to keep as much of our production in-house as possible, from writing to animation to music. I think it’s very hard to bake a good cake when the ingredients are on one continent and the oven is in another.

You also write a popular Kidscreen blog about making children’s programming. What have been the most unexpected responses you have received from readers?

I think there’s a lot that goes unspoken when it comes to the delicate relationship between indies, broadcasters and the licensing community. I just try to be honest and open about these topics in the blog. What was unexpected for me was discovering how unusual it is for someone to be candid and personal in an industry publication. 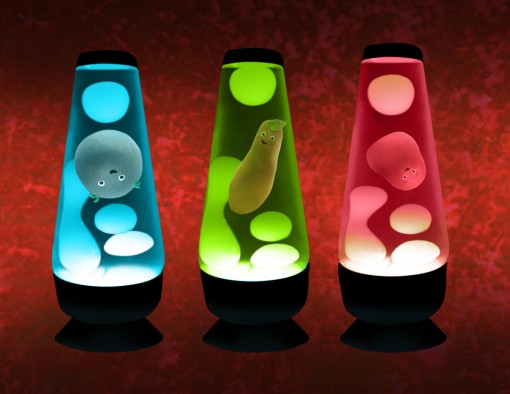 How do you think the children’s animation business is different now than when you started in the business?

When I started out, the biggest topic of conversation was how television could help prepare young children for school and for life. These days, the biggest topic of conversation is how TV can help prepare young children for a trip to Wal-Mart.  On the bright side, there are far more places to sell your shows than ever before, so a really good idea can always find a home somewhere on the planet.

You also have a second show premiering this month on Disney Channel in the U.S., 3rd & Bird…can you tell us about this new preschool show and what makes it stand out in the cluttered preschool marketplace?

3rd & Bird is a show about a community of birds that live in the branches of a beautiful old tree. It features really delightful music and songs from the same Emmy-award winning Little Airplane team that worked on Wonder Pets! I think it will stand out because it’s visually stunning and looks unlike anything on TV.

What kind of advice do you give young, talented animation biz hopefuls who want to make it in the business?

Make your own work your own way. Finish what you start. Don’t wait for someone to invite you to pitch. Have a very thick skin. Don’t forget your friends. Do forget your enemies. 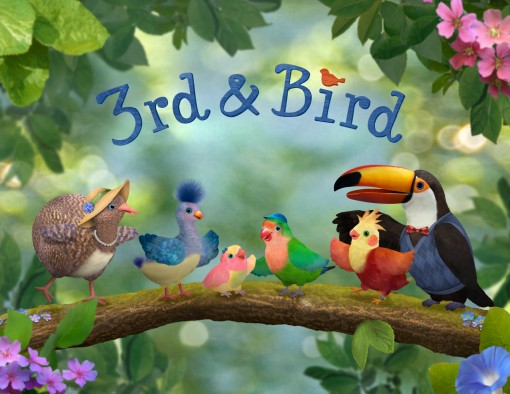 Who are your animation world heroes and when did you decide to pursue a career in animation?

The truth is, I don’t have any animation heroes and I never actually decided to pursue a career in animation. I simply wanted to create preschool shows and found animation to be a really delightful medium to work in. I am endlessly impressed by how our animators can breathe life into our designs. It never ceases to amaze me.

What’s the worst advice anyone ever gave you about succeeding in this business?

“Make sure you don’t upset anyone.” Trust me, once you start succeeding, they will all be upset. 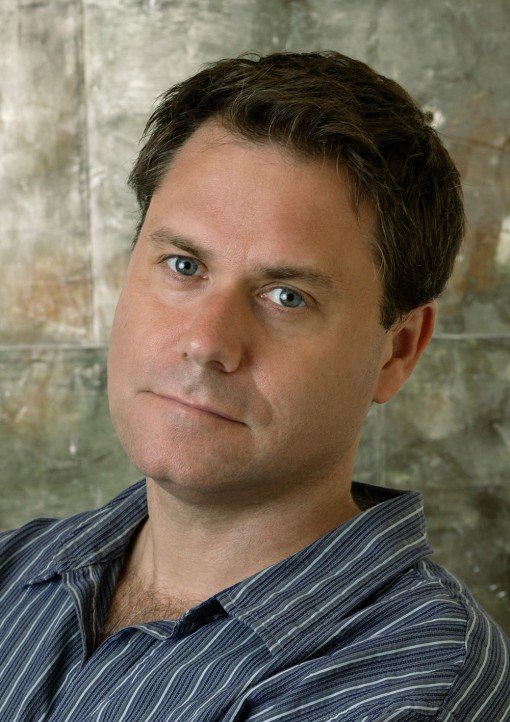 Disney Channel premieres Small Potatoes on September 6 and 3rd & Bird on September 26. You can learn more about the shows at www.littleairplane.com.

Marooned with Children
Gods of Animation Smile at MTV