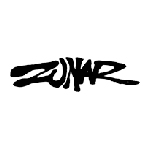 Malaysian political cartoonist Zulkifli Anwar Ulhaque, better known as Zunar, is planning to sue police for “injustice” following his arrest last month, which resulted in a call to action from Reporters Without Borders.

At the time of his arrest, police intended to interrogate Ulhaque on Dec. 30, but officials postponed the meeting indefinitely without explanation, according to a report in Benar News.

“It was a private crowd funding event, but the police came and arrested me along with two of my friends and my assistants. They also confiscated 1,300 books, involving 12 titles, and 100 T-shirts that were meant to be sold that day. They used Section 124 of the Penal Code against me and I believe that was done in bad faith.”

Section 124 relates to activities that are “detrimental to parliamentary democracy.”

According to Reporters Without Borders, Ulhaque was arrested twice in less than a month, with the Dec. 17 arrest taking place at a fundraising event he had organized in Kuala Lumpur to recoup financial losses from the seizure of 20 of his cartoons in November, when he was arrested under Malaysia’s Sedition Act. The organization states that police also seized a significant amount of cash on Dec. 17, bringing his total losses to an estimated $20,000.

Ulhaque had previously been jailed twice under the Sedition Act, in September 2010 and in February 2015, and was charged with an additional nine violations of the Sedition Act in April 2015 — one for each of nine Twitter posts criticizing a major court decision.

If convicted, the artist may face a maximum sentence of 43 years in prison.

“This will be my second legal action against the police. The first was after my first arrest back in 2010,” Ulhaque told FMT. “It is very difficult for me to win, but it’s very important for me to file the suit because it can create awareness. If I don’t win, that’s okay. But at least the people will know that this is the situation in our country. We can’t even draw cartoons anymore.”