In a restructuring move, Turner Broadcasting’s young adults and kids media group has made new executive appointments to aid a strategy of aligning content, digital and gaming efforts. Stuart Snyder, president and COO of the division, announced that Rob Sorcher has been named Vice President & Chief Content Officer for Cartoon Network, based at the Burbank, Calif. studio, and Mike Lazzo will now be Executive Vice President & Creative Director of the channel’s Adult Swim block, based at Williams Street Studios in Atlanta. Both execs will continue to report to Snyder.

In their new roles, Sorcher and Lazzo will take on the added responsibilities of overseeing the digital and gaming business for each of their areas, while continuing to spearhead the development and production of original and acquired content for the Cartoon Network and Adult Swim banners as well as supervising their respective studios.

“In order to build on our continued success it is imperative that we have a structure in place that will allow us to think and execute more strategically and also set us up for growth and new business opportunities,” said Snyder. “By bringing together all content on one team for each network, we will improve communication and promote idea sharing even more and align strategic initiatives. Rob and Mike have both had tremendous creative success and will now be able to drive all of the efforts around linear, on-line, mobile, games and apps for each of their areas, putting us in a better position to leverage all of our assets across every platform in a more cohesive way for the consumer and in the marketplace.”

Sorcher has been upped from the position of Chief Content Officer, Cartoon Network, which already saw him responsible for original content development, supervising acquisition strategies, overseeing Cartoon Network Studios, exec-producing animated and live-action productions for linear and digital and managing original IP across all aspects of the business. His programming approach which brought animated series like Emmy winner Regular Show, Emmy nominated Adventure Time, Annoying Orange and LEGO Ninjago has lead to the highest ratings in the networks 20-year history, making Cartoon Network the #1 TV show destination for young males on TV and online. His resume includes the positions of EVP of programming & production for AMC—where he exec produced Mad Men, Breaking Bad and Broken Trail—as well as EVP/GM for USA and EVP – programming & production for Fox Family.

Lazzo joined Cartoon Network at its launch in 1992, serving first as a program executive and subsequently director, VP and SVP of programming, in which roles he was responsible for the evaluation and planning of all animated content programming, day-to-day scheduling and program operations for the domestic feed. He also supervised the development of original productions Samurai Jack, Powerpuff Girls, Courage the Cowardly Dog, Dexter’s Laboratory, Cow and Chicken, Ed, Edd n Eddy and Johnny Bravo. He is perhaps best known as the creator and architect of the innovative Adult Swim block, now basic cable’s #1 network for adults 18-24 and 18-34. Prior to the announcement, he was SVP – programming & production for Adult Swim and Williams Street Studios, overseeing original programming and acquisitions and guiding the development of its Emmy-winning Robot Chicken and Childrens Hospital, as well as Aqua Teen Hunger Force, The Boondocks, Squidbillies, NTSF:SD:SUV, Eagleheart and Black Dynamite. 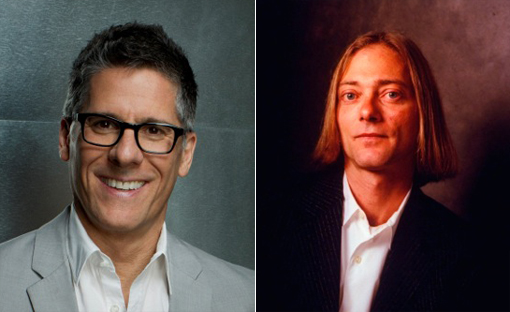