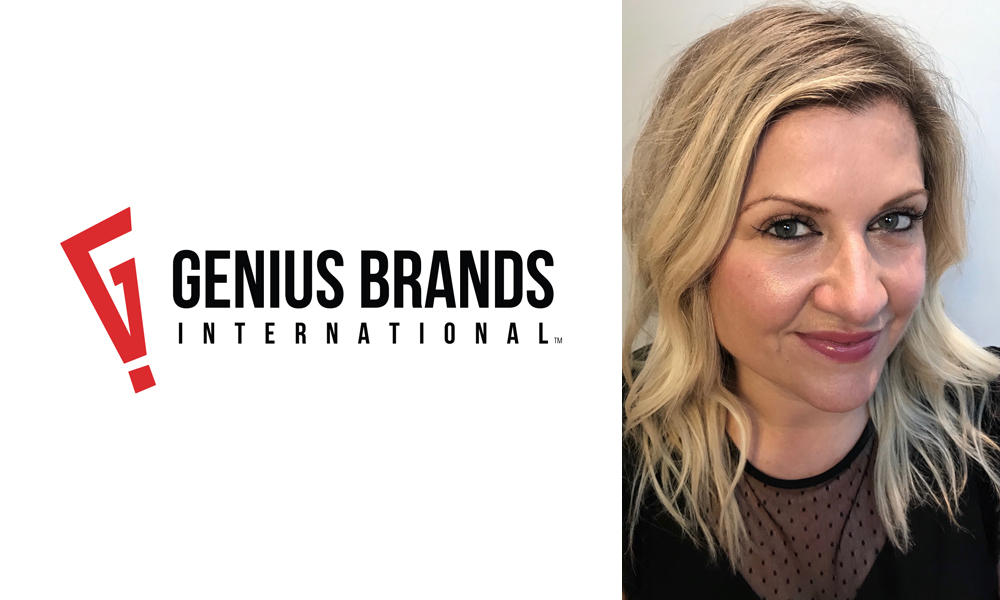 “2019 and 2020 are pivotal years for Genius Brands with the global rollout of our flagship brands, and the development of new properties to take to market,” stated Heyward. “Caroline offers extensive 360-degree expertise in the content industry with a keen insight into the dynamics of the ever-evolving children’s media landscape, and she will be instrumental in building existing relationships and forging new ones with broadcasters and platforms around the world to launch our properties into the marketplace.”

She will also lead the continued expansion of the Genius Brands Network — a destination devoted to delivering “Content with a Purpose,” providing kids and parents with a choice in premium entertaining, enriching and engaging programming. The network is comprised of Kid Genius Cartoon Channel and Baby Genius TV and is distributed across multiple OTT platforms as both AVOD and SVOD services, including Amazon Prime, Comcast’s Xfinity on Demand, Roku, Apple TV, Amazon Fire, Cox, Tubi and Xumo. The Genius Brands Network currently reaches 80 million U.S. households with continued expansion planned both in the U.S. and internationally.

“It is an honor to join Genius Brands to be an integral part of the executive team as the company is poised to grow exponentially this year, particularly with the international debut of Rainbow Rangers, as well as the introduction at MIP Junior of Stan Lee’s Superhero Kindergarten to potential partners around the globe,” said Tyre. “This is truly an exciting time to be part of what Andy and his team have been building over the past five plus years, and I look forward to lending my expertise to take the company’s content distribution to the next level.”

Tyre, a 20-year industry veteran, has been involved with a wide range of positions within the entertainment industry from acquisitions and programming to distribution and licensing. Prior to joining Genius Brands, she served as Vice President, Sales & Acquisitions for AuxMode, a global MCN with 2,000+ channels worldwide that are generating more than 2 billion views/month. Her work with networks and studios has included pivotal positions in sales and acquisitions at other top-tier companies such as Spin Master, Entertainment One, DHX Media, the CBC, and TELETOON, where she spent six years as the Director of Programming.