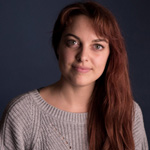 Last week, Lucia Bulgheroni’s acclaimed stop-motion short Inanimate received the Third Prize at the Cannes Festival Cinéfondation competition. The Cinéfondation and Short Films Jury headed by Bertrand Bonello picked 17 student films, chosen out of 2,426 entries from 512 film schools around the world. Inanimate is the Italian animator’s National Film and Television School (UK) graduation film, which will also be screening at Annecy. Lucia was kind enough to answer a few questions about her award-winning short:

Animag: Please tell us a little bit about the inspiration for your short.

Lucia Bulgheroni: The idea of Inanimate came to me with a vision of a soul inside a puppet, suddenly ripping out of its own body to get out. I always resonated with the idea that we are souls, or consciousness, inside bodies who were experiencing life, and then we return to our original form of consciousness.

I just started to ask myself many questions and just enjoying the fact that there are no real answers, but just exploration. So then the story for Inanimate became clear to me: It was about a woman who loses her certainty about reality and discovers that she is much more than just a puppet.

When did you start working on the project and how long did it take to make?
The pre-production started in January 2017 in the National Film and TV School, we were a team of seven students (myself as animator and director, plus a producer, a cinematographer, a production designer, an editor, a composer and a sound designer).
We started the production in May 2017 and it took nine months to animate eight minutes of film.  The budget was around 7,000£ ($9,387).

What was your biggest challenge during this project?
The biggest challenge was definitely our live-action/pixilation shot. We had just one week to prep and build 12 sets in a big stage and one day to direct and animate 15 people. I still have no idea how that happened, but it did and it was incredible. Everyone was super collaborative and engaged in doing their best.

What were your puppets made of?
The skeletons of the puppets are professional armatures, from Julian Clark, then I built the faces myself, using Super Sculpey, so to have soft eyebrows and mouths.

What do you love about working in animation?
I think animation is absolute magic, it can give you so much freedom of expression, there are literally no limits but your imagination. That’s the reason why I love it and I keep exploring it, finding new ways of mixing it with many techniques.

Who are some of your animation heroes?
I love directors who use animation to go deeper in the subconscious dimension and explore the mind and the invisible sides of reality, so I am a big fan of Michel Gondry and Charlie Kaufman, but I also love the extraordinary magic of Studio Ghibli.

What are your plans for the future?
My plan for the future is to keep exploring and try my best to contribute, using my creative expression, to bring a bit more beauty and harmony in the world!

The trailer for Inanimate is below; you can see more of Lucia’s work on her Vimeo page. 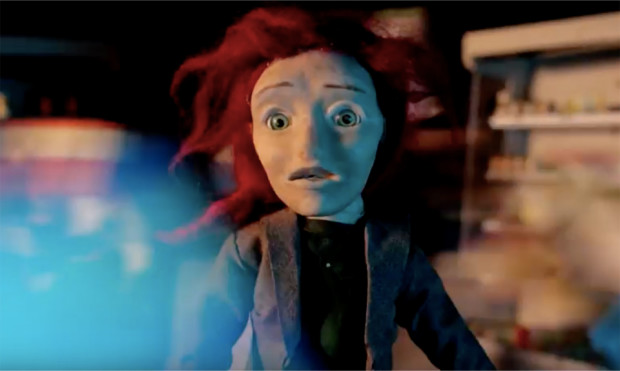 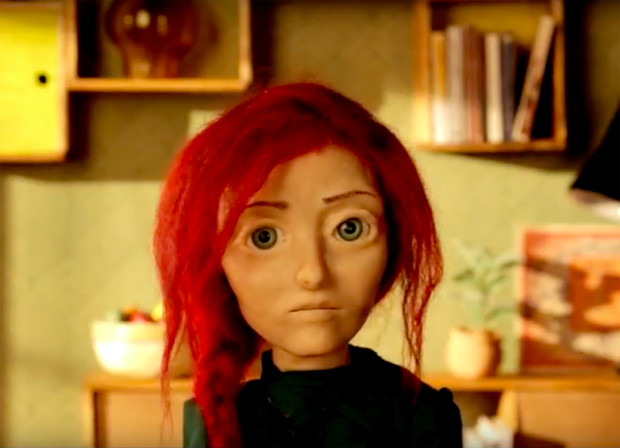 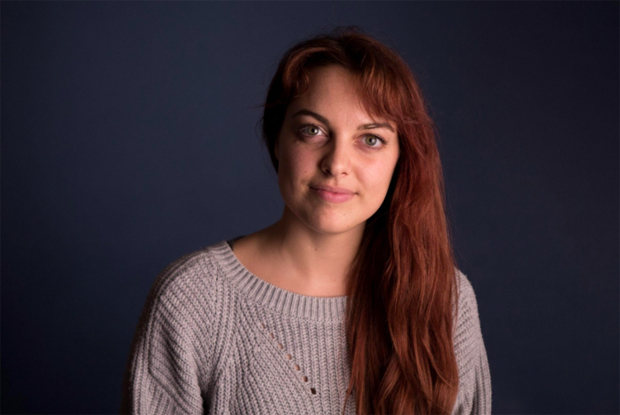