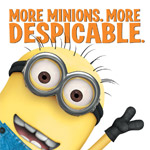 It’s a busy week for voice star announcements as a few studios have revealed key names for their upcoming projects. From Universal/Illumination comes the news that Sandra Bullock will be voicing a villain in the upcoming Despicable Me spinoff Minions. Disney-Pixar was pleased to announce the return of Albert Brooks as the voice of dad Marlin in Finding Nemo 2. And South African indie Triggerfish Studios has nabbed Taken 2 star Liam Neeson to play a sinister leopard in its animal adventure Khumba.

Bullock, whose last toon voice over role was as Miriam in DWA’s The Prince of Egypt, will be playing Scarlet Overkill, a stylish super-villain bent on world domination, in the 3-D CG animated comedy about the squat, yellow henchmen. The film, directed by Pierre Coffin and Kyle Balda from a screenplay by Brian Lynch, will establish the Minion’s existence from the beginning of time in the bumbling service of various villains. The story kicks off in the 1960s before they meet Despicable‘s Gru, with the Minions out of work and competing for the service of Scarlet. The film is due for release December 19, 2014. Chris Meledandri and Janet Healy; Chris Renaud is exec producer.

Brooks, notable for his voice work on The Simpsons as various characters and recently appeared in This is 40, will be reprising his role of Marlin, father of the wayward young clownfish, in Finding Nemo 2 (Ellen DeGeneres will also return as Dory). The sequel has been in the works for a while and little has been revealed, although the first film’s director Andrew Stanton is set to helm the second outing, set for a 2016 release.

Neeson, well known for playing ruthless action heroes as in the Taken films as well as villains like The Dark Knight Rises‘ Ra’s Al Ghul (recent voice roles include Qui-Gon Jinn in Star Wars: The Clone Wars TV series and Aslan in The Chronicles of Narnia series), will once again don the villain’s cap as an evil leopard in Triggerfish’s second CG-animated feature, Khumba. The film is directed by Anthony Silverston from an original story he wrote with Raffaella Delle Donne in consultation with Jonathan Roberts (The Lion King). The tale follows a half-striped zebra blamed by his superstitious herd for a terrible drought who leaves home in search of a magic watering hole where he hopes to find his stripes–accompanied by a sassy wildebeest and egotistical ostrich. An initial release is set for this year. 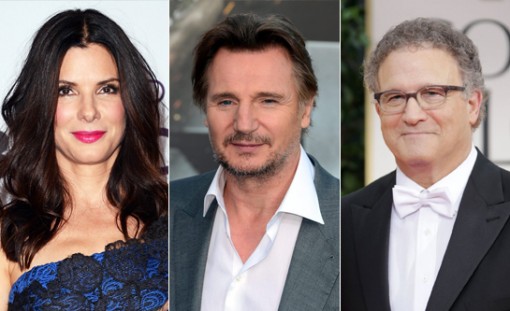