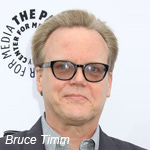 One of the most celebrated figures in the animated comic-heroes universe is putting away his cape as DC animated universe guiding light Bruce Timm has stepped down from his position as supervising producer. Voices of Krypton reports Timm will be replaced by another DCAU veteran, James Tucker, who gave an exclusive interview to the site.

Timm has steered the bulk of the DC animated projects since he co-created the Emmy-winning Batman: The Animated Series with Eric Radomski in the early ’90s. He also produced for TV series Superman: The Animated Series, The New Batman Adventures, Batman Beyond, Justice League and Teen Titans, as well as the direct-to-video projects Superman Doomsday, Batman: Gotham Knight, All-Star Superman, Batman: Under the Red Hood, Batman: Year One, Justice League Doom and Batman: The Dark Knight Returns, Parts 1 & 2. Recently he helped develop the Green Lantern toon for Cartoon Network. VFK reports Timm will be focusing on some of his own projects now.

“Bruce had done a lot since Justice League Unlimited ended,” the new supe Tucker told VFK, “so it’s been quite a haul. I can’t speak for him, but I think going out on Dark Knight Returns was a special thing for him. If he was going to make the break, that seemed like a good time.”

Tucker, who has served as producer on Justice League, Legion of Super Heroes and Batman: The Brave and the Bold in addition to directing for Batman Beyond, Static Shock, Legion of Super Heroes and currently Superman Unbound, says that his goal is to keep things going in a similar direction and live up to Timm’s legacy, while he also hopes to “shake things up” by using a greater variety of characters.

The first DCAU direct to video project under the new guard to be released will be Superman: Unbound, due out in May. Read more of VFK‘s interview with Tucker here. 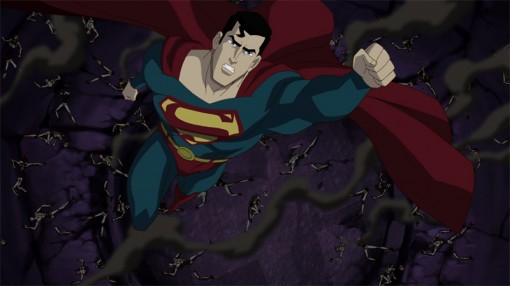