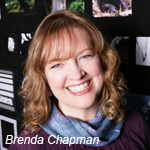 Brenda Chapman, who was the original director on Pixar’s Brave before being removed from the project, has reportedly left Pixar and is working as a consultant for Lucasfilm Animation.

According to a post on the Pixar Portal blog, Chapman left Pixar in late July and was unable to offer any details on the project she’s working on at Lucasfilm.

Chapman is considered a trailblazer as the first woman to serve as head of story on a Disney Film for 1994’s The Lion King and being one of three directors on DreamWorks Animation’s The Prince of Egypt, again a first for a woman. She joined Pixar during the production of Cars and contributed to several of the studio’s films while developing Brave, for which she earned a co-director credit.

Her removal from Brave prompted a round of media scrutiny of the glass ceiling women face in the animation industry from the likes of the Los Angeles Times.

Lucasfilm Animation’s main project is the CGI series Star Wars: The Clone Wars, though the studio’s site says it also is developing a second animated Star Wars series and original properties for features and television.