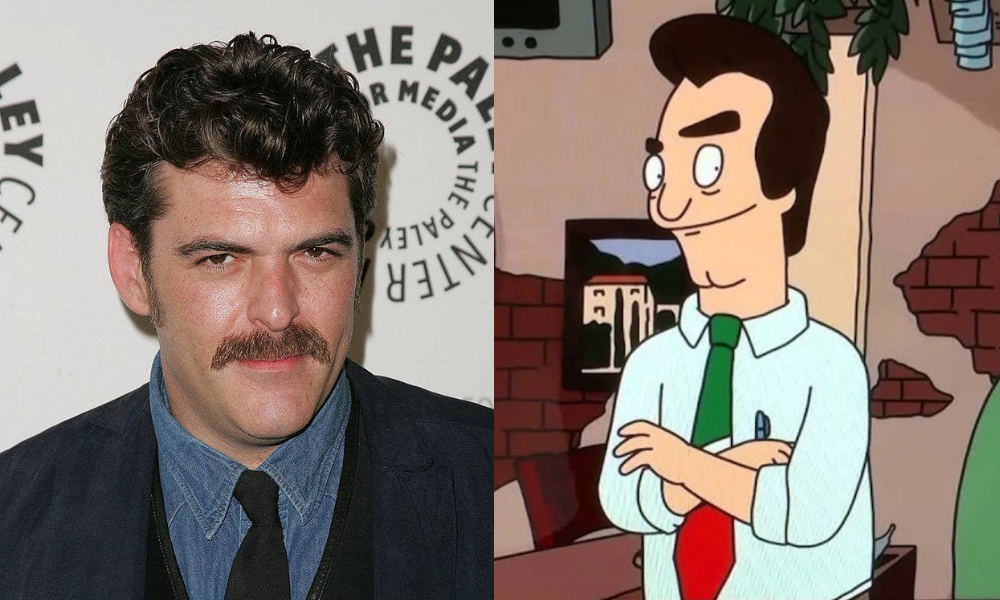 Jay Johnston, Chicago improv comedian, actor and voice actor known for roles in Arrested Development and Anchorman, has been banned from returning as the voice of Jimmy Pesto Sr. in Fox’s Emmy-winning animated series Bob’s Burgers, two members of the show’s “top staff” told The Daily Beast on Friday. The move followed allegations that Johnston had been identified as the FBI’s “suspect number 247” amid the supporters of former President Trump who overran the U.S. Capitol on January 6.

Johnston was identified as one of the suspected rioters pictured in an FBI poster March 4 and in video filmed near the Capitol steps during the attack, clad in a leather jacket and camo neck gaiter. Cassandra Church, an actress colleague from Harmontown, tweeted  I’m no detective, but I do know Jay. He said he was there. And that’s him in the picture. So…” in response to anothe user’s response to the suspect photo: “I know it is not him but this guy looks like Jay Johnston from Mr. Show with Bob and David.”

The 53-year-old performer provided the voice of Jimmy Pesto Sr. — the bombastic owner of the rival restaurant across the street from Bob and Linda’s working class eatery — for 11 seasons of Bob’s Burgers. The last of Johnston’s 43 turns in the role in the episode “The Bridge Over Troubled Rudy” aired May 2. His animation VO roles also include Mr. Goodman (and others) for Mr. Pickles and Momma Named Me Sheriff as well as Mary Shelley’s Frankenhole and Morel Orel (all for Adult Swim); the Fox ADHD toon High School USA!; stop-motion feature Hell and Back; The Sarah Silverman Program; and Rick and Morty.