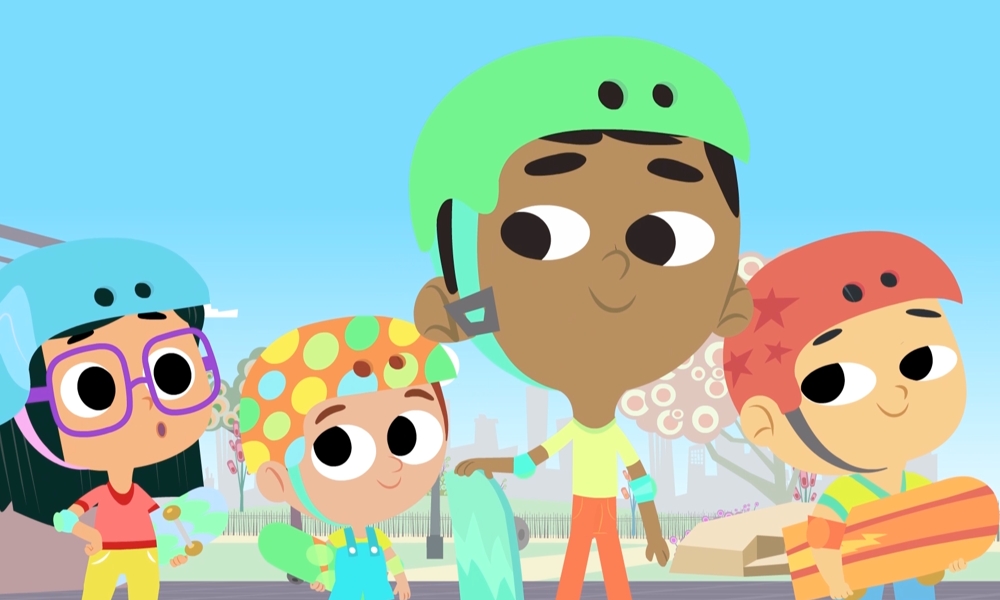 Following an informal effort on the part of Big Bad Boo Studios to hire a diverse crew in their animation productions, the Vancouver- and New York-based prodco is launching a formal Black, Indigenous, People of Color (BIPOC) Workshop Series, sponsored in part by the Canadian Media Fund.

This need to foster emerging talent in several areas of the production pipeline became apparent nearly three years ago when Big Bad Boo went on a search to create a diverse writers’ room for their series 16 Hudson.

“I remember looking specifically for experienced kids’ writers that were of Indian and Chinese descent, so we could have them write for the characters of Amala and Sam respectively and in particular for culturally relevant episodes like Diwali and Lunar New Year. Every place we looked, we came up short,” recalls studio Co-Founder & President Shabnam Rezaei, creator of 16 Hudson.

At the time, story editors John May and Suzanne Bolch reached out to drama series writer Nathalie Younglai and emerging talent Jay Vaidya. The two joined the 16 Hudson writers room and the rest is history.

“This need for BIPOC talent became so painfully clear through our entire pipeline at Big Bad Boo. I started to look around our other departments and we had an imbalance both in terms of gender and heritage, so I set out to change that,” Rezaei continues.

She approached the Canadian Media Fund (CMF) as well as instructors from around Vancouver to assist in setting up the three different workshops in the areas of Creative Writing, Storyboarding and Animation. The goal of the workshops is to train new talent in order to encourage people with a diverse background in these areas. In 2020, CMF provided some funding to make this plan a reality.

The free workshops will be held February 16-18 online and will be led by experienced, industry veterans Eddie Soriano (director and storyboard supervisor, The Bravest Knight) and John May (co-founder, Heroic Television), among others. The applications are here with a deadline of January 16, 2021.

Big Bad Boo Studios is dedicated to producing quality family programming that is entertaining and educational. Its shows include Hulu’s The Bravest Knight, 16 Hudson, Lili & Lola, Mixed Nutz and 1001 Nights, which was nominated for 14 LEO awards with five wins. Big Bad Boo is currently producing ABC with Kenny G with TVO and developing Galapagos X, as well as a series of digital games and apps. The company’s streaming channel Oznoz provides cartoons in 10+ languages, including classics such as Thomas and Friends, Bob the Builder, Babar and more.

To apply for these timely, free workshops go to www.bigbadboo.com/BIPOCworkshops