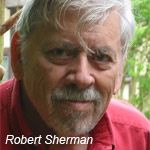 Iconic songwriting legend Robert Sherman has passed away at the age of 86 in London. Sherman and his brother Richard were behind such timeless classic tunes as Disneyland’s “It’s a Small World After All” and “Supercalifragilisticexpialidocious” and “A Spoonful of Sugar” (Mary Poppins) and “Chitty Chitty Bang Bang.” Sherman’s agent, Stella Richards, said Tuesday that Sherman died peacefully in London on Monday.

Sherman, along with his brother Richard won two Oscars for Disney’s 1964 hit Mary Poppins (Best score and Best Song for “Chim Chim Cher-ee.” Among their numerous credits as joint lyricist and composer also are Winnie the Pooh, The Slipper and the Rose, Snoopy Come Home, Charlotte’s Web, The Sword and the Stone, The Parent Trap, Bedknobs and Broomsticks, The Jungle Book, The Aristocrats and The Tigger Movie. They also restaged Mary Poppins and “Chitty Chitty Bang Bang for Broadway in the mid-2000s.

Son Jeffrey Sherman wrote on Facebook that his father “wanted to bring happiness to the world and, unquestionably, he succeeded. His love and his prayers, his philosophy and his poetry will live on forever. Forever his songs and his genius will bring hope, joy and love to this small, small world.” 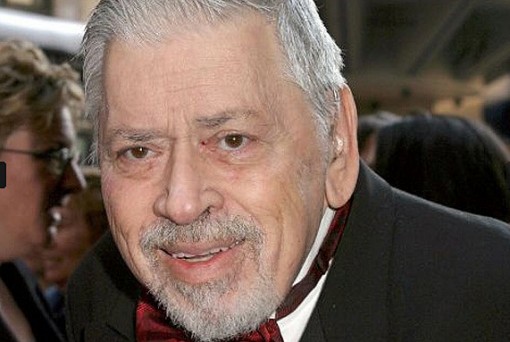 Veteran Disney composer told AP that the Sherman brothers’ legacy goes far beyond the craft of songwriting. “There is a magic in their songs and in the films and musicals they breathed life into,” he said. 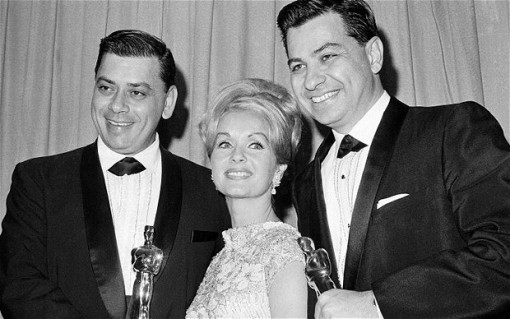 Although the two brothers were estranged for a number of years, Richard was philosophical about their differences. 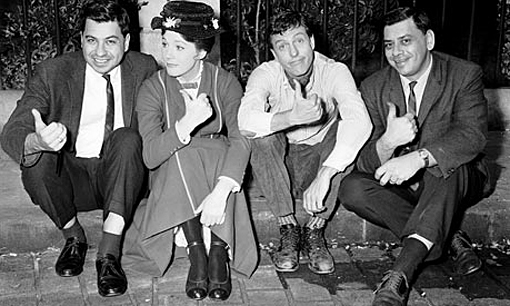 Both brothers were encouraged to pursue songwriting by their father Both were steered into the profession by their father, Al Sherman, a Russian immigrant who was a Tin Pan Alley songwriter.

Robert Sherman moved to Britain in 2002 after the death of his wife Joyce. He is survived by his brother and four children: Laurie, Jeffrey, Andrea and Robert.