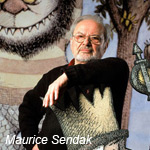 One of the most influential and beloved children’s artists of the 20th century, Maurice Sendak, died on Tuesday at the age of 83 from complications from a recent stroke. Sendak’s visually stunning and at-times disturbing books were especially prized by babyboomers who in turn, bought them for their children. His most famous work, Where the Wild Things Are was published in 1963. Among Sendak’s well-known books are In the Night Kitchen (1970) Outside Over There (1981), The Sign on Rosie’s Door (1960) and Higglety Pigglety Pop! (1967).

Many of his books inspired TV and feature projects over the years. Where the Wild Things Are inspired an animated short directed by Gene Deitch in 1973 as well as a better-known live-action/giant puppet feature directed by Spike Jonze in 2009.  Sendak’s work was also the basis for charming 2D animated TV series such as titles such as Little Bear, George and Martha and Seven Little Monsters, all produced by Canadian animation house Nelvana. In 2010, Chris Lavis and Maciek Szcerbowski’s directed an NFB short based on Sendak’s Higglety Pigglety Pop! Or There Must Be More to Life. 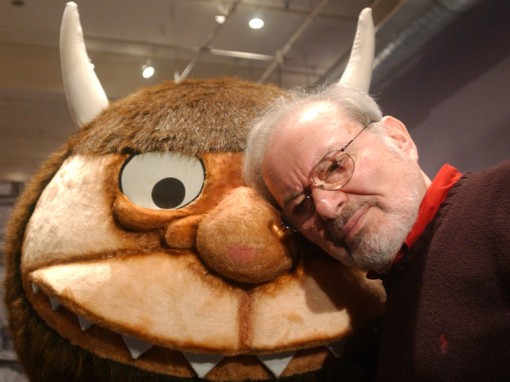 Here is a wonderful interview with Sendak about his life, inspirations and work:

And Stephen Colbert’s visit with the author:

You may also like...
Related Topics:Chris Lavis, Gene Deitch, George and Martha, Higglety Pigglety Pop!, Higglety Pigglety Pop! Or There Must Be More to Life, In the Night Kitchen, Little Bear, Maciek Szcerbowski, Maurice Sendak, Nelvana, NFB, Outside Over There, Seven Little Monsters, Spike Jonze, Stephen Colbert, The Sign on Rosie’s Door, Where the Wild Things Are