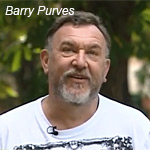 British writer/director/animator Barry C. Purves has been making outstanding stop-motion shorts and directing children’s series such as Postman Pat and Fifi and the Flowertots since he burst onto the scene in 1989 with Next, his amazing take on Shakespeare’s works. This past year, his latest projects Tchaikovsky and Plume continued to collect praise and acclaim at festivals around the world. So we were very pleased when he agreed to answer a few questions for us.

Animag: Tell us a bit about your innovative short…What was your budget and where did you shoot it?

Barry Purves: The budget for the film was, by today’s standards for short films, reasonably generous, though we agreed to lose one ‘shadow’ character because of the budget, but I don’t think that hurt the film. The film was shot in a studio in Chateau Renault, a quiet town near Tours in France. Quiet maybe, but it had the best boulangerie: Croissants and choucettes each morning were a must.

What was the inspiration behind the project?

Many things—and this film was born in my head early in 1996, when I had finished working on Mars Attacks! That film had changed from a stop motion project to a CG orientated one, and my thinking was that perhaps stop motion was over (it’s not, of course) and that I would have to adapt to the new technology. Adapting is the main theme of the film. At the same time, my mother tragically died, and again the idea of having to adapt to a new life was very strong in my head.

After Mars Attacks I came back to the U.K. and not very many people were giving out money for short films, and I tried to think how I could make a film at its most basic, its most raw. No sets, no costumes, no camera moves—just a puppet acting in a pool of light. All these ideas formed a story about a character being forced to adapt after a trauma. I also wanted to make something very physical and nasty. Also there was a photo of me swimming in a pool in L.A., so framed that you couldn’t see the geography of the pool, and it looked as if I was flying. Most of my films have a character at sometime wearing wings. It all started to come together.

What would you say was your biggest challenge in bringing your vision to animated life?

Well, finding producers who were interested enough to fight to raise the budget I guess. I tried all manner of schemes. One back in the U.K. was for a series of short films about water. This was rejected for not having enough water, which was a bit of a joke when I saw the final commissioned films. 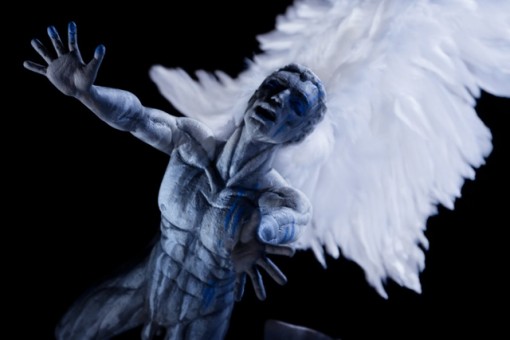 What type of material did you use for the animation?

The main puppet, was an armature covered in silicon, and the shadowy characters were latex covered. In hindsight, I would have preferred the main character to be latex, which is much lighter and more flexible, but not as durable. The wings themselves came from a taxidermist; they originated from a duck. I thank that beautiful duck.

How did you tackle the water and the swimming sequence?

It was important that the new world facing the character was different, and thus it had to be CG. Some people have said that the whole film should have been stop motion, but it would have lost a layer of meaning if we had gone that direction.

Can you tell us a bit about the evocative design of the main character and the three monsters?

It was important to me that the main character had no history, no character, no mythology, no resonances at all. He was a man with wings, pure and simple. If we had given him a costume that would have immediately given him an identity. He’s not an angel, nor is he Icarus. Just a man who has what defines him ripped, quite literally, from him. The monsters, the shadows, are what he would become if he did not carry on. On their backs they have tiny vestigial wings, and have lost their eyes – and the eyes of the main character are very distinct. There’s a bit of ying and yang going on here. I tried to make them opposites—the way they move is very different. The film is a bit of a ballet meets a rugby scrum.

You have had quite an amazing career in stop-motion animation, from festival favorites such as Next and the Oscar-nominated Screen Play to children’s projects such as Hamilton Mattress, Wind in the Willows, Fifi and the Flowertots and the brand new preschool show Toby’s Traveling Circus and—what do you love about this medium?

I love that I still use my hands, that it is still a craft, and that it’s a collaborative process, and that performance is all.

How did you get into animation? Who are your animation heroes/inspirations?

I came to animation via acting, and hopefully I am still acting, and playing a bigger variety of roles than I would ever have done as an actor. Heroes, well of course, Ray Harryhausen, but the animator I admire most is Adam Elliot. I will rather boldly say that I think his Mary and Max is the greatest animated film I know. Certainly no other film has moved me as much, nor had as big a heart. And more importantly, it is a film like no other, and deals with very complex issues with such warmth and emotion. And it revels in the craft of stop motion. I believe that a puppet will always be a puppet, and always should be.

Where you tempted to do other kinds of animation?

Oh yes if anyone were to ask me….the story would be the first element I would look at.

Your career goes back and forth from fantastic children’s animation to more dramatic adult fare. How do you manage the transitions from one to the other? Which do you prefer?

Variety is great, and I do absolutely love doing children’s series, as you get to put the characters in so many different situations. I am an adult (though that is debatable) and so adult themes obviously appeal, and there is not enough animation for adults. I’m very keen to push animation into areas that haven’t been explored before, and certainly some of my films have done that.

What is your take on the state of animation in the U.K. right now? Do you see a silver lining?

There’s a silver lining in Manchester at the moment, after a couple of very dark years, and I’m happy to be part of it. I’d still like to be part of the features that are happening. That’s a huge hole in my CV.

What kind of advice do you give students of animation who want to have a long career in animation?

The best advice is to think of yourself first and foremost as a storyteller and a performer. As such, we have a duty to make every we do interesting, and use all the elements available, sound, color, composition, music, design, etc, to contribute to the overall story. Let everything be there for a reason, and let it read. That’s my mantra ‘let it read!’ 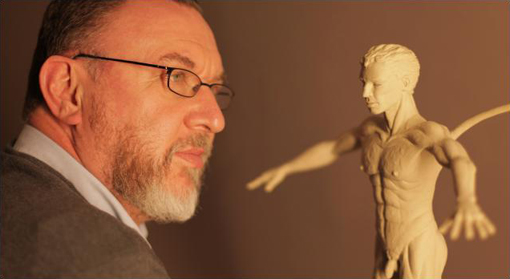