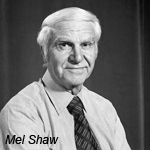 Mel Shaw, one of Disney’s most versatile and talented visual development artists, designers, and storymen who contributed to numerous Disney animated favorites from Bambi through The Lion King, has died at age 97. Shaw passed away at Woodland Care Center in Reseda, California on Thanksgiving Day (Thursday November 22nd), from congestive heart failure.

Shaw’s career at Disney began in 1937 with early story and character design work on The Sorcerer’s Apprentice and The Flight of the Bumblebee. He went on to work on story and visual development for Bambi and The Wind in the Willows segment of The Adventures of Ichabod and Mr. Toad. He left the Studio in 1941, but returned 33 years later to help influence the look and story for such modern day Disney favorites as The Rescuers, The Fox and the Hound, The Great Mouse Detective, Beauty and the Beast, The Lion King and more.

“Mel Shaw’s influence as an animation design artist extended over many decades and many studios. He worked with Hugh Harman and Rudy Ising in the early days of both the Warner Bros. and MGM cartoon studios. At the beginning of World War II, he contributed designs to Orson Welles’ never-realized film of Saint-Exupery’s The Little Prince. His best known artwork is the series of dramatic pastels in the title sequence of The Rescuers (1977), showing the bottle containing Penny’s call for help riding stormy seas. Shaw said the drawings were originally just preliminary studies for an animated sequence, but when director Woolie Reitherman saw them, he said they didn’t need to be animated – they could carry the sequence as they were.”

“Mel was on a short list of vanguard artists who would jump into a new film when it was still a blank piece of paper and with his stunning work he’d show us all the visual possibilities of the idea. I knew him as an artist first, but one day at lunch he started telling stories about playing polo with Walt and Spencer Tracy, followed by some amazing tales of shooting on Lord Mountbatten’s film crew during the war. He lived large and his contribution to film and animation is immeasurable.”

Born in Brooklyn, New York on December 19, 1914, Melvin Schwartzman (later changed to Mel Shaw) discovered his artistic bent at age 10, when he was selected as one of only 30 children from the state of New York to participate in the Student Art League Society. Two years later, his soap sculpture of a Latino with a pack mule won second prize in a Procter & Gamble soap carving contest, earning the young artist national attention.

In 1928, his family moved to Los Angeles, where Shaw attended high school and entered a scholarship class at Otis Art Institute. But, the restless teen had an itch to become a cowboy and ran away from home to work on a Utah ranch. After four months of back-breaking work, Shaw returned home and took a job creating title cards for silent movies at Pacific Titles, owned by cartoon producer Leon Schlesinger. With help from Schlesinger, two former Disney animators – Hugh Harman and Rudy Ising – made a deal with Warner Bros., and Shaw joined Harman-Ising Studios as animator, character designer, storyman, and director. While there, he worked with Orson Welles storyboarding a proposed live-action/animated version of The Little Prince.

In 1937, Shaw arrived at The Walt Disney Studios, where he contributed to such Disney classics as Fantasia, Bambi and The Wind in the Willows, Shaw’s Disney career was interrupted by World War II, when he served the U.S. Army Signal Corp. as a filmmaker under Lord Louis Montbatten. After the war, he ventured into business with Bob Allen, a former MGM Studios animator. As Allen-Shaw productions, Shaw helped design and create the original Howdy Doody marionette puppet for NBC, as well as children’s toys, dishes and figurines for Metlox, architecture, and even master plans for cities including Century City, California.

Shaw completed an autobiography, Animators on Horseback, detailing his years as a polo-playing animator for Disney and his numerous adventures as a pioneering artist in the industry. The family is proceeding with plans to publish it posthumously.

Shaw was married to Louise Harriet Shaw from 1938 until her death in 1984. He later married Florence Lounsbery-Shaw (widow of Disney animation pioneer, John Lounsbery) in 1985, and they were together until her passing in 2004. Shaw is survived by his brother, Bob Shaw, from Ojai, California, and two children from his first marriage – Rick Shaw (along with his wife, Janet, and their two children), and Melissa Couch-Deranleau (along with husband Chuck, and her son). Survivors also include two stepsons and their spouses – Ken and Dorcas Lounsbery, John and Sheree Lounsbery, and stepdaughter Andrea Gessel-Severe (along with husband Gary Severe), along with numerous grand and step-grandchildren. Cremation services will be private, with plans for a public life celebration to be announced shortly.

Many thanks to Disney’s Howard Green for this obituary. 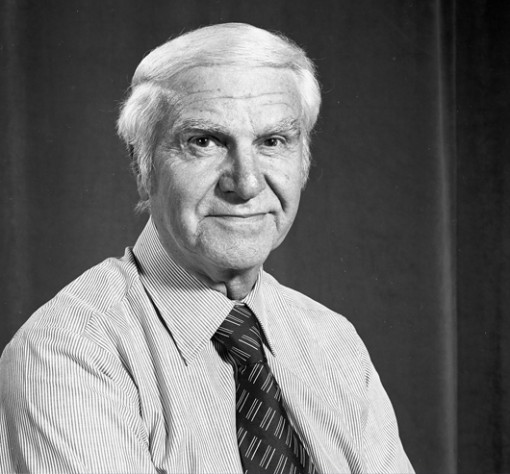 You may also like...
Related Topics:Animators on Horseback, Bambi, Beauty and the Beast, Disney, Fantasia, Frankenweenie, Mel Shaw, The Adventures of Ichabod and Mr. Toad, The Flight of the Bumblebee, The Fox and The Hound, The Great Mouse Detective, The Lion King, The Little Prince, The Rescuers, The Sorcerer's Apprentice, The Walt Disney Studios, The Wind in the Willows