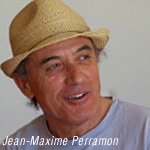 The Los Angeles Times is reporting the death of animator and storyboard artist Jean-Maxime Perramon in an automobile accident that occurred Saturday. He was 63.

Perramon’s credits include conceptual artist on FernGully: The Last Rainforest, visual designer on Jetsons: The Movie and animation director on Tigger: The Movie. He also worked on the 1980s TV series The Bionic Six as a storyboard artist. He additionally has done commercial work, including a 10-year stint at Duck Soup Studios as a director and designer.

Perramon began his career in Paris as an art director on the L’Oreal account for ad agency Oscar Mors et Varout. His first job after coming to Los Angeles was as a production designer for Richard Williams Animation Studio.

According to the Times, Perramon was driving on the 101 Ventura Freeway near Westlake Village and pulled over to the shoulder to check potential damage on his car, a 2010 Silver Ferrari. Stepping out of the car, he was struck by a Lexus that swerved to avoid a collision with another vehicle.

The LA Weekly’s website adds more details: That the accident started when a Chevy van driven by Thousand Oaks resident James Pershing Flynn tried to change lanes. Montebello resident Antonio Castillo swerved to avoid the van, but crashed into it and then swerved right into Perramon’s parked car.

The Weekly also reports that Tonya Nicole Toma of Agoura Hills, who was a passenger in Perramon’s car, was not injured.

Perramon was taken to Los Robles Hospital in Thousand Oaks and declared dead at 5;10 p.m. The Times says no one was cited in the accident.