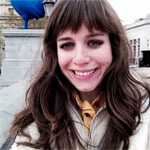 Independent filmmaker, community activist and co-founder of the Women with Knives tour Kelly Gallagher combines her love of art and passion for social justice in her collage animation. Her latest short, Pen Up the Pigs, addresses the roots of racially motivated policing and is creating a stir at film festivals around the globe. See more of her work at purpleriot.com

Animation Magazine: What inspired you to pursue animation?

Kelly Gallagher: It actually happened a bit accidentally. I was an undergrad in the film program at Penn State, working on the first film I ever made for a class, and I just started playing with the camera and handwriting my title cards and credits on paper. I thought it would look interesting if the text was moving a bit, so I just started having fun playing and learning the camera and what it could do and what writing out my film title 30 different times on different paper would look like, filming each one for a short time and editing it all together quickly. Before I knew it, every live-action film project I had to make for a class included some scene of stop-motion. I had too much fun doing it, and just couldn’t stop.

How did you learn the craft? I was essentially self-taught for the first few years I animated. I was in a film program that didn’t have any animation focus, but a couple classes that skimmed over some basic things like direct animation, painting on celluloid. So I learned how to scratch 16mm film and paint on clear leader and was inspired by a lot of experimental films we would watch in class. Once I got out of school I went to NY and worked for the amazing animator and filmmaker Martha Colburn who does beautiful, politically charged cutout animation collage, and painting. Working for her and a handful of other animators in NYC, like Richard O’Connor and Jeff Scher, I learned a lot of imperative technical skills that have helped me further develop my animation craft.

Who are your major animation/filmmaking influences?

Some major animation influences of mine are: Martha Colburn, Kelly Sears, Stacey Steers, Lewis Klahr and Lotte Reiniger … A non-animator filmmaker who was a huge influence to me early on was Lizzie Borden, who directed the radical cult classic film Born in Flames. Craig Baldwin’s work and others who appropriate found footage and practice détournement in various ways play a major role in how I think about the political possibilities of creating new meanings from found materials.

What is the key message you sought to present with Pen Up the Pigs?

Thematically, I wanted to visually explore historical connections between slavery and modern day racist policing and mass incarceration. I wanted to also explore violence, and make a film that was explicitly supportive and understanding of more violent means of resistance during struggles against racism, white supremacy and oppression. I wanted to challenge our ideas of what the word “violence” even means. White supremacy and racism are everyday violences against people of color in our country. Racist policing and mass incarceration are institutionalized systems of violence.

Aesthetically I wanted to explore the political possibilities of collage. … Utilizing collage in Pen Up the Pigs was imperative because it allowed me to explicitly bring light to links between slavery and modern day policing and mass incarceration. Conversely, It also allowed me to clash different worlds together, like placing the world of nature, animals and flowers against the world of people engaged in struggle. Every time someone in the film fights back against oppression or speaks out against racism, flowers blossom and bloom and gesture towards the new life that is born and created out of struggle.

What is your creative process for making films?

My creative process involves a lot of heavy researching during the preproduction stage. For example, for Pen Up the Pigs I researched the origins of the Philadelphia Police Department since I’m from the Philadelphia area, and I found these horrific beginnings of policing in Philadelphia that mirrored the South’s slave patrols.

I generally research the film topics extensively and then I begin my search for images to cut out. I go to used bookstores and scour tons of books, scanning the pages for pictures and visual sparks. For Pen Up the Pigs, very early on I found an amazing book of giant pictures of pistols and rifles with the most beautiful color and detail. Alongside my used-bookstore scouring, I also do a lot of extensive Internet image researching. Early on in the beginning of my Google image research, I was noticing these mirror images of slave-owners beating slaves and police officers beating protestors of color. When I found all these images I knew I wanted to juxtapose them during one of the very early scenes on the plantation in Pen Up the Pigs.

What techniques, technology and equipment do you use?

All the animation I do is completely by hand. For Pen Up the Pigs, I used paper cutouts that I animated on a multi-tiered system of plastic panes, so that I can have different backgrounds and changing foregrounds and play with depth and shadow. It’s all truly a pretty simple set-up, as I just use house lamps for lighting and a digital DSLR camera on a tripod to shoot stills while I animate.

I believe that handcrafted animation is especially suited for exploring political and social topics and histories because handcrafted animation is itself such a radical aesthetic. Handmade animation makes labor processes visible. For example, when we see the scissor marks on paper, or handwritten animated text or hand-painted rotoscoped imagery, we are reminded that the filmmaker is a worker themselves, laboring over the process of animation and cultural production.

Handcrafted cinema is also well suited to be utilized to explore political themes because it is a fairly accessible medium … anyone with access to a camera and some paper and scissors can make a handcrafted cut-out animation. In my mind, handcrafted cinema is one of the most radical aesthetics because it makes labor visible and the human relations of cultural production more transparent — and it also is one of the most accessible modes of filmmaking that exist today.

Are there challenges to using the medium this way?

The major challenge to using animation to facilitate social and political commentary would probably be time. It takes some time to make an animation, but that shouldn’t be discouraging. I actually think animation can have more immediacy then people realize. The more you animate, the quicker you can get with it. And often times some of the shortest films I’ve seen are the most politically poignant.

What kind of response have you received for Pigs?

Pen Up the Pigs has allowed me to engage in the most rewarding and interesting post-screening Q&A’s of any film I’ve made yet. It’s received acclaim from festivals, it won the Helen Hill Award at Indie Grits and it is currently being programmed in the Artists’ Film Biennial at the ICA in London. However there are always a couple audience members who are a bit unsettled by the film and it’s radically left politics. … The film has also allowed me to engage in some really great conversations with some audience members debating about pacifism and violence during struggles of resistance.

Are you working on a new film currently?

I am currently mid-production on an experimental documentary entitled John Brown in Iowa, which is actually my first live-action film in a very long time (though there will certainly be some animation mixed in, of course!). And I am just beginning production on a 20-minute animated biopic entitled Relentless Resistance: Sindy’s Story, which explores the life of an amazing radical activist, Sindy, and her struggles as an undocumented woman in the United States. 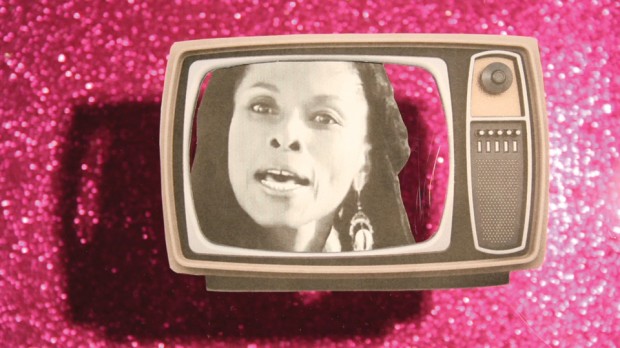 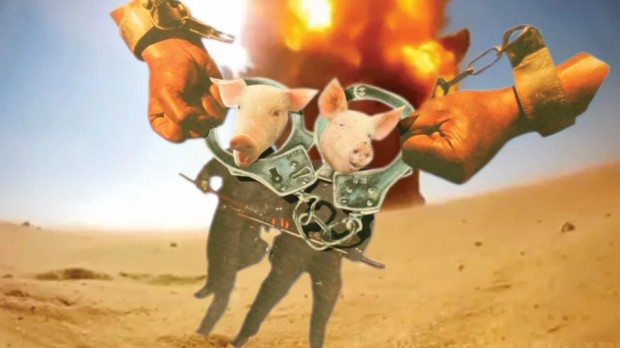 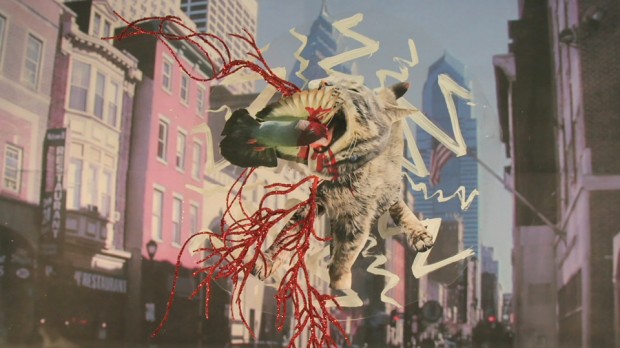 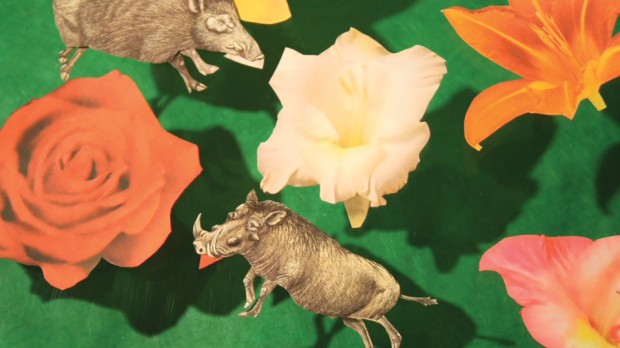