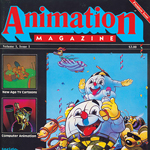 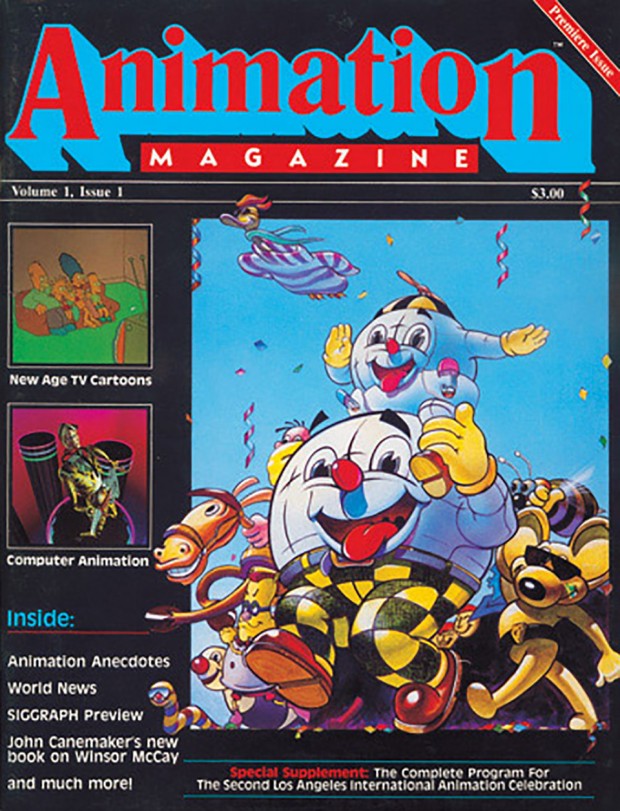 A look back at our early years presages an anniversary year of surprises and celebrations.

The summer of 1987 was notable for many reasons, not least of which is the publication of the first issue of Animation Magazine! Thirty years later, those of us who work at the magazine are thrilled to celebrate this milestone with our partners, readers, advertisers and the rest of the animation industry!

The big party will occur this summer in the June issue — planning is already underway! — but with this being the first issue dated 2017, we’re going to get things started now and carry it all through the year, starting with a retrospective of back issues that provide an amazing time capsule of both the magazine and the animation industry.

Let’s start, appropriately, at the beginning. The premiere issue of Animation Magazine was published in August 1987 along with the program for the second Los Angeles International Animation Celebration.

The festival, which ran from 1986-2001, was the first major animation festival in the United States. The magazine was inspired by the overwhelming response to Animation News, a newspaper that was distributed to the animation community for six months prior to the launch of our first issue, to promote the Tournees of Animation, the short-film compilations produced by the magazine’s founder, Terry Thoren.

Because of the incredible growth and changes in our industry during these past 30 years, we thought it would be fun during the next 10 issues to highlight a few back issues.

These issues available to read online at www.animationmagazine.net — and, in a limited basis, in print — for readers who would like to peruse more of the history of our industry, starting from a time was pre-internet and CGI was in its infancy.

For example, on page eight of the premiere issue, is a report on rumors that the $7 billion CG-animation industry was dying, in spite of predictions that it would grow to be a $23 billion industry by 1992. Page 14 offers an article headlined “New Age TV Animation,” discussing ”a new breed of animation that has found a home on network TV,” including shows such as The Tracey Ullman Show, Pee Wee’s Playhouse and Amazing Stories.

Many of the tributes showcased at that year’s festival also are in this first issue, including Ralph Bakshi, Bruno Bozzeto, Milt Kahl, Walter Lantz and Norman McLaren.

In the summer and fall of ’89, we showcased the young Pixar team with Knickknack, and Matt Groening with producer Sam Simon in front of Klasky Csupo’s Simpsons family character overlay.

In the February 1990 issue, Jim Henson is featured on the cover and inside talks about his company’s merger with Disney, which putting the finishing touches on the “new” corporate headquarters that were recently remodeled and just re-opened in November 2016. We also report on Margaret Loesch leaving her position as CEO and president of Marvel Productions to launch the new Fox Children’s Network.

All of the early issues feature extensive global coverage, including an Eastern European update, a story titled “Japanese Animation: The Cult Grows Up,” and European festival and production news.

The final issue of 1990 features Bill and Sue Kroyer with their revolutionary cell and CG movie FernGully: The Last Rainforest.

And was just the first three years! Check out more of the archives at www.animationmagazine.net, and feel free to share your favorite memories of Animation Magazine by emailing us at edit@animationmagazine.net. The best ones may appear in future retrospectives!