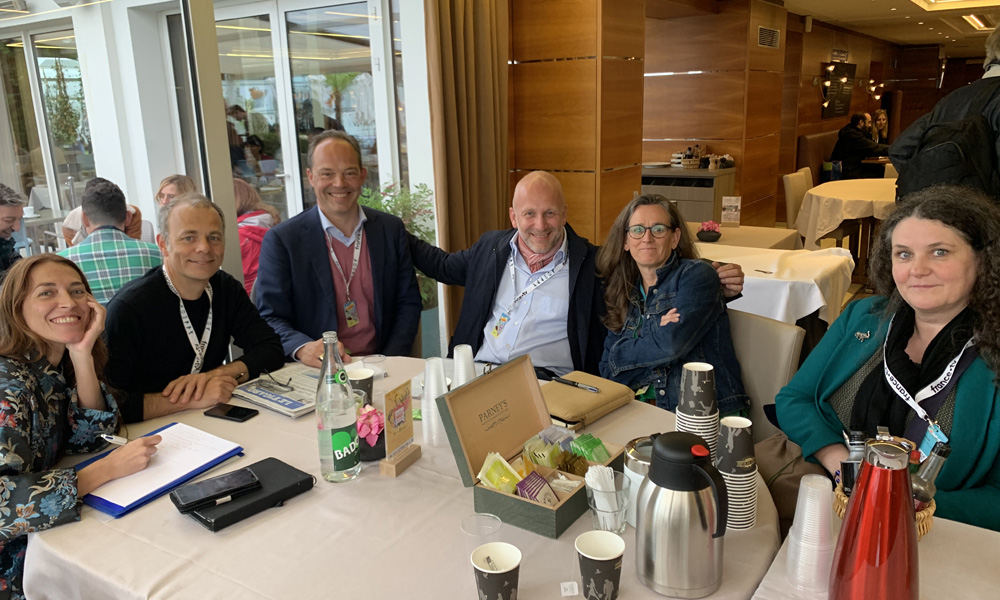 General Assembly of Animation in Europe

The General Assembly of Animation in Europe, the federation of European Animation Producer Associations, convened its annual meeting in Annecy last week and elected its board for the next two years. The candidates represented a wealth of experience in TV, film, production and distribution.

Animation in Europe supports the interests of independent producers, studios and distributors of animated films and TV series established in Europe and has 18 member organizations from 15 different European countries. A non-profit organization, Animation in Europe promotes collaboration, innovation and creativity, facilitating access to financing while fostering global reach and the development and retention of European talent.

In 2017, Animation in Europe contributed to the Animation Action Plan issued by Europe Creative and has been working with its members on further development and implementation of its principles in future European policy beyond 2021.

The federation will next meet at Cartoon Forum 2019 and at MIPTV 2020.