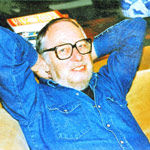 The following information has been pulled from a tribute compiled by ASIFA-SF president Karl Cohen with the assistance of Geraldine Clarke and Margot Hale.

Jeff Hale, a prolific animator whose career spanned over 50 years, died late February in Oregon at the age of 92. In the course of his artistic life, he directed and animated award-winning shorts, work for Sesame Street, part of 1981’s Heavy Metal, TV shows and commercials. He worked at the National Film Board of Canada, ran his own studios in London and San Francisco and freelanced. Among his better known works are The Great Toy Robbery(1963) and the controversial Lenny Bruce project Thank You Mask Man (1971).

Born in Margate, England on January 5, 1923, Hale graduated from the Royal College of Art in London at the end of WWII and began his career at William Larkin and Company under the guidance of Peter Sachs. Hale formed commercial animation house Biographic Films in 1954 with Larkin co-workers Bob Godfrey and Keith Learner. In 1956, he moved to Winnipeg, Canada and joined Phillips-Gutkin and Associates, and three years later was invited into the NFB in Montreal, working on short segments for TV. He contributed to the 1963 holiday project Christmas Cracker, along with Norman McLaren, Grant Munro and Gerald Potterton.

In 1964, Hale once again relocated, this time to San Francisco to team up with fellow NFB alum Cameron Guess. Two years later, Hale and his wife Margaret partnered with John Magnuson and Walt Kramer, who ran Imagination Inc. The SF studio supplied a great deal of animation for the Children’s Television Workshop, creators of Sesame Street. Over the following decades, Hale would be crucial to the establishment of ASIFA’s San Francisco branch, helped set up Flintstones contributing studio Mill Valley Animation, and moved to Los Angeles to work as a freelance animator and director for numerous 1980s series and specials.

Hale eventually retired to Talent, Oregon, where he continued painting and drawing into his later years. He is survived by his daughter Margot and son Nick. His paintings can be seen at jeffreyhale.com. 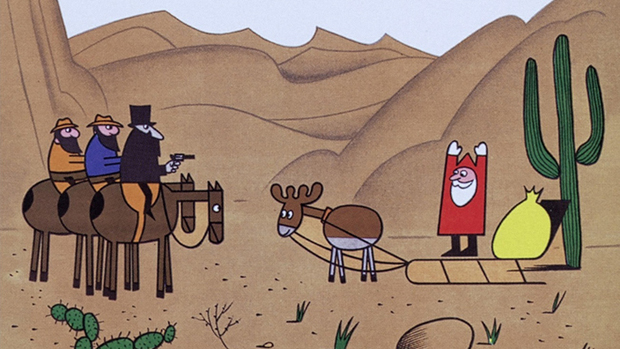