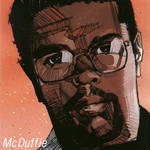 Dwayne McDuffie, a writer and producer who contributed to comic books and such animated series as Static Shock, Justice League, Ben 10 and the just-released All-Star Superman, has died.

According to the website Comic Book Resources, McDuffie died from complications related to a surgical procedure McDuffie underwent Monday night.

McDuffie began his career in comic books, working on staff at Marvel and moving on to write numerous titles for the publisher as well as creating the series Damage Control, about a company that specializes in cleaning up the wreckage left behind by superheroes’ battles. In 1992, he became a founding partner in Milestone Media, a company that created and published comics starring African-American, Asian and Latino superhero characters. McDuffie wrote or co-wrote most of the company’s titles, including Hardware, Icon and Static.

He made the transition to animation through Static Shock, a series based on the Static comic book series. He went on to write episodes of Teen Titans, Scooby-Doo and Ben 10.

He wrote the screenplay for All-Star Superman, an animated feature based on the Grant Morrison-Frank Quitely comic book series. McDuffie appeared last week at premiere events for the movie, which is being released today on Blu-ray and DVD today.

A native of Detroit, McDuffie is survived by his wife.