Emily Carmichael’s recent live-action short, The Hunter and Swan Discuss Their Meeting, screened at the 2011 Sundance Film Festival and ABP has been lucky enough to show some of her past animated shorts from The Adventures of Ledo and Ix series. You can check out Emily’s films at http://kidcandrive.com/

Emily Carmichael: First off, I owe the fans of Ledo and Ix a bit of an explanation for the long hiatus the show has taken. Fans! I get your e-mails! They warm my heart. I have been hard at work on a live-action feature called Arrow. There definitely IS a second season of Ledo and Ix coming. I’m deciding where it should air, and a few other details. There will be a Kickstarter for it in the near future!

Casey Safron: So, how has your animation process changed since the first Ledo/Ix film in 2008? 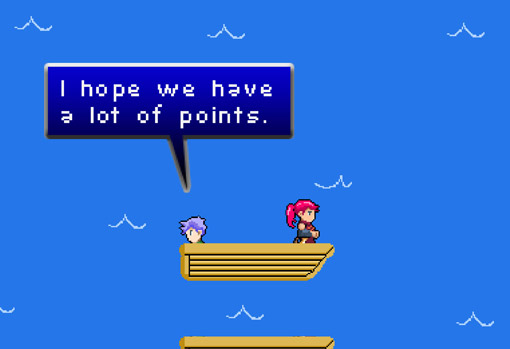 The Adventures of Ledo and Ix, by Emily Carmichael.

Carmichael: You know, it actually hasn’t. I mean, except in the nerdiest of ways, like now I make everything a movie clip instead of an animated psd (Flash animators know what I’m talking about). What *has* changed how I get from Flash to Quicktime, which used to be sort of — what’s the word I’m looking for — nightmarish. When the first Ledo and Ix got into Slamdance it took me two days of trial and error just to print a tape.

Safron: The style of the Ledo and Ix films parody classic video games – have you ever considered making an actual video game starring Ledo and Ix?

Carmichael: Yes! Yes. I have talked intermittently to people about creating a game of Ledo and Ix. I think it could be really exciting!

Safron: You’re also a live-action filmmaker, do you have a preference of medium or do you decide on what technology to use based on the story you’d like to tell?

Carmichael: Well the main difference between Ledo and Ix and my live-action films is one of scale. I animate Ledo and Ix by myself, with occasional help from another, better animator (Steve Valdez) and then composers and a sound mixer join in at the end to determine the sound of the episode. (Chris Thomas, Andrea Mazzariello, Mike Gamble and Laura Sinnott have all contributed.)

It can be nice working by yourself, just having total control and never having to ask favors from anyone. (Except I guess from everyone I just mentioned, to whom I owe all my various limbs.) But when you want something from one of the ACTORS you don’t have to ask. There’s never like “oh, I know it’s getting cold but can we do one more take of you stabbing that dragon.”

Safron: Thank you, Emily — looking forward to more Ledo and Ix films in the near-ish future. 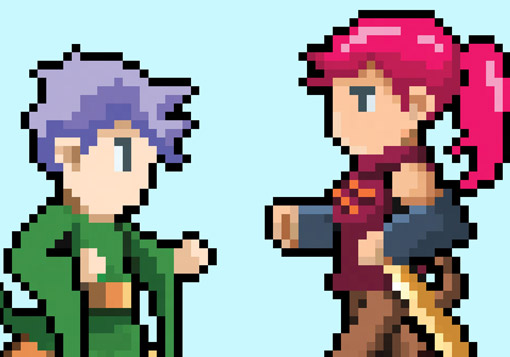 The Adventures of Ledo and Ix, by Emily Carmichael.

You may also like...
Related Topics:Animation, Animation Block Party, Casey Safron, Emily Carmichael, The Adventures of Ledo and Ix