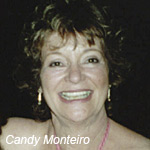 Film and television literary agent Candy Monteiro, who represented many animation writers and artists and was the co-founder of the Monteiro Rose Dravis Agency, died of congestive heart failure on Saturday, Jan. 28, in Woodland Hills, Calif. She was 69.

Among those represented by the Monteiro Rose Dravis Agency, which she formed in 1987 with Fredda Rose, are Robert Ludlum, Suzanne Collins, Brian Selznick and Kate DiCamillo.

Candace Whittenberg was born in Little Rock, Ark., but soon moved with her family to Portland, Ore. She worked at her family’s record store, where she met Elvis Presley and Bill Haley, among others, as they stopped by to promote their latest hits. After earning degrees in psychology and sociology at the U. of Oregon, she married Ray Tusken. The couple moved to Los Angeles, where he pursued a music career while she got a job in the chart department at Billboard, where she soon had her own pop music column. As Candy Tusken, she became host of Westwood One’s nationally syndicated Star Trak radio series, interviewing the likes of Michael Jackson, Elton John and Paul McCartney.

After the couple divorced, she married Columbia Records’ VP of promotion Stan Monteiro. In New York, she began her agency career as an assistant at the Henry Morrison Literary Agency; its roster included Ludlum. After a year in New York, the Monteiros returned to L.A., where she became an assistant to lit agent Sylvia Hirsch at the Lou Weitzman Agency and quickly moved up to full literary agent. When the agency was acquired by the Sy Fischer Co., Monteiro met her future business partner and closest friend, agent Fredda Rose. Rose, formerly ABC’s West Coast director of business affairs, specialized in primetime TV writers, producers and directors, while Monteiro focused on writers and producers of animated TV shows. 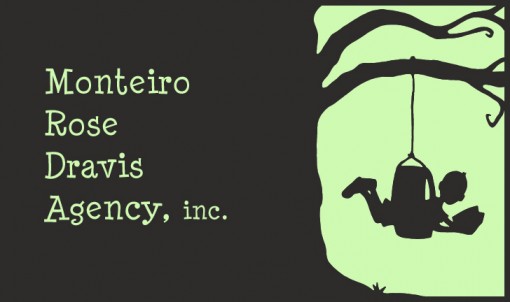 In 1987, Monteiro and Rose left Sy Fischer to form their own company, the Monteiro Rose Dravis Agency, taking some 75 clients with them. For the next 20 years, the pair represented some of the biggest names in TV and film writing and producing. They were later joined by Jason Dravis, the agency’s current president. Stan Monteiro died in 2001. She is survived by third husband Les Kelly, whom she married in 2005; a niece; and three grandchildren.

A memorial is planned for early March. Donations may be made to Pet Orphans of Southern California, 7720 Gloria Ave., Van Nuys, CA 91406.

Chucking the Competition
‘The Simpsons’ Arcade Game Returns in Style