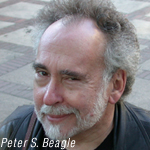 The 1980s are kind of hit and miss when it comes to animated features, especially independent productions.

One of the hits is The Last Unicorn, a fantasy tale that adapted the popular novel by Peter S. Beagle. Produced by Rankin-Bass and featuring animation from the Japanese studio Topcraft that later formed the core of Studio Ghibli, the film stars the voices Jeff Bridges, Mia Farrow, Angele Lansbury and Rene Auberjonois and features songs by the rock supergroup America. Released in 1982, the film has grown over the years into a cult classic — one that finally comes home today in a Blu-ray/DVD combo pack from Lionsgate.

Beagle himself got to adapt his own book into the film’s screenplay, coming to the project after working on Ralph Bakshi’s animated version of The Lord of the Rings. We got Beagle to answer some questions about the making of the film and how it has evolved into a cult classic of the artform.

Animag Online: When did the idea of adapting The Last Unicorn into a movie come about, and what was the path it took to becoming a reality?

Peter S. Beagle: Sometime in the mid-’70s a producer named Michael Chase Walker contacted me about turning The Last Unicorn into a film. When he first got in touch he wasn’t sure whether he wanted to do it as a live action or animated feature, but eventually he optioned the property, decided on animation, arranged to have concept sketches made, and started shopping the idea around. Before he managed to make a deal the option was about to run out, and he somehow came up with the buyout money so he could keep going. It wasn’t that much money, but at the time it was the biggest check I’d ever seen. My family and I lived on five acres of pretty wild land, and I remember that my first reaction to Michael’s check was thinking we could finally pay off the damn tractor that we had to use to keep the weeds down. I wasn’t thinking beyond that, frankly. I honestly didn’t think he would ever succeed at getting my book made into a movie.

Animag Online: Were any other animation studios in the running to make the film? If so, who? And how did the project eventually end up with Rankin-Bass?

Beagle: Michael worked his way through every possible available buyer, starting at the top and moving down. I know that there was a very favorable recommendation from a Disney reader, but the powers that be at Disney paid no attention to it. When Michael finally did make the deal with Rankin-Bass, he held off telling me for a while because he was afraid of my likely reaction. I finally got the news from him while he was driving me to the Burbank airport in his VW bug, and I literally sat up so fast and straight in the passenger seat that my head banged into the car’s roof. I was pretty upset, and shouted “Rankin-Bass? Why didn’t you just go all the way and sell it to Hanna-Barbera!” To which Michael simply sighed and answered, “They were next.” The reason I was so horrified at the notion of Rankin-Bass making the film was that I didn’t like anything of theirs that I’d ever seen. But in fact I was astonished at how they actually chose to go about it — the actors they found to do the voices, the fact that they went out of their way to get Jimmy Webb to do the score and the songs, even their agreement to let me write the screenplay. I insisted on that, but in fact I wasn’t really in any position to make it a deal breaker. I just acted like it would be one.

Animag Online: What were the challenges you encountered in adapting your own work to animation? How was it different from writing an original film or adapting Tolkien for the animated Lord of the Rings?

Beagle: The Lord of the Rings was a different matter than The Last Unicorn, because Tolkien had never been adapted for the screen before, and I knew there would be people scrutinizing the film for every little thing that might have been left out or changed, no matter how small. With The Last Unicorn I didn’t have to worry about whether or not what I was writing was going to piss off whole legions of fans. It was my own book I was adapting, so obviously any changes were being made with the author’s support and approval. I’d also had more experience with writing for animation by the time Last Unicorn came around than I did when writing The Lord of the Rings, and that made the work easier. I remember it, all in all, as a pleasant experience, and they did film it pretty much as I wrote it. There are parts I’m not happy with, of course — I wrote more of the scene with the outlaws, but it either never got animated or else got cut out for some reason, possibly for running time, with the result that the film becomes temporarily incoherent for a bit in the middle. I’m also not happy with what they did with the tree, since I never intended anything so literally overblown. But at the same time, they did very well with my favorite scene in the book, which is when Mollie Grue sees the unicorn for the first time, and they did the opening almost shot for shot from what I wrote. I had started by doing a basic scene-by-scene outline on index cards. As I worked through them I adapted as much of my own dialog from the book as I could, shortening much of it, throwing the rest out, and altering what was left to make it easier for the actors to say. I remember that both Jeff Bridges and Christopher Lee practically knew the book by heart, and Christopher in particular kept wanting to know why I’d changed something. While I worked I allowed space for the songs, but I didn’t have the faintest clue what Jimmy Webb was writing by way of lyrics or music, so I couldn’t try to make the screenplay reflect his additions in any way.

Animag Online: How involved were you in the production of the film? Did you consult with Rankin-Bass about voice casting, character design or animation?

Beagle: Once I turned in the final draft of the screenplay, I was hardly involved with the film at all. I don’t remember ever seeing any character designs or being brought into the loop on anything. I did happen to be on hand to witness Christopher Lee and Angela Lansbury record their parts, him in Los Angeles and her in New York, but that’s all. Christopher did graciously ask if he was doing it right, and if there was anything I wanted him to rerecord. Of course, there wasn’t. My favorite memory of that day was discovering that Christopher and I both knew just about all the lines of a particular G.K. Chesterton poem, “The Rolling English Road.” At one point the two of us and my 15 year-old son were all in the men’s room at Rankin-Bass at the same time, and while we peed Christopher and I were absolutely roaring the lines of the poem back and forth at each other. We made a hell of a racket.

Animag Online: Looking back on the film, what are your thoughts today on how it turned out and holds up?

Beagle: A couple of years ago, watching a standing-room-only audience react to the film at an anime convention, I found myself thinking “Christ, the bloody thing’s a classic.” And that’s not a word I use lightly about anything, let alone my own stuff. Truth is, I’ve become more pleased with it over the years, until today I’m quite proud of it. Given the limitations of the original budget, and what kind of storytelling you could do in 1980 with animation, it is unquestionably the best thing that Rankin-Bass ever did. The fact that it still packs people in whenever we schedule a theater showing says a lot.

Animag Online: How do you think the young audiences of today will react to the film?

Beagle: Kids are kids, and the people with a heart for this kind of storytelling will always be attracted to it. The Last Unicorn has worked well for 28 years. I don’t imagine that changing any time soon.

Animag Online: Given the advancements in animation and visual effects, along with the continued popularity of the book, do you think there’s a chance fans will see a new adaptation, in either animation or live-action with visual effects?

Beagle: Every year my business manager, Connor Cochran, fields half a dozen calls from Hollywood insiders wanting to remake The Last Unicorn as either CGI-enhanced live-action or full-bore modern computer animation. Unfortunately, the remake rights are controlled until 2014 by a small company in England called Continent Films that has never actually produced anything. In the eleven years that Continent has held these rights they haven’t managed to get anywhere with them, and — having read the horrible rewrite they did on my script — I hope they never do. If they did, I’m certain the final result would be quite bad. My fingers are crossed that they continue to fail, and that someday the property leaves their control and winds up in the hands of a producer or studio that can do great things with it.