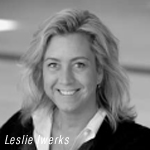 A long time ago, in a galaxy far, far away … visual effects were really cheesy and dull. That is, until George Lucas came along and created a group of experts known as Industrial Light & Magic to pull off a little movie called Star Wars.

It’s now been 35 years since ILM began to revolutionize visual effects and, through them, the stories that movies can tell. To honor that record of innovation, Encore commissioned an hour-long documentary look at ILM’s history that aired this past weekend on the channel. Here’s a taste of the show, titled Industrial Light & Magic: Creating the Impossible, and narrated by Tom Cruise:

The film was made by Leslie Iwerks, a documentary filmmaker whose credits include The Pixar Story, Dirty Oil and Downstream. Making her seemingly ideally suited to this topic is her lineage: Iwerks is the granddaughter of Ub Iwerks, the innovative animator who helped bring Mickey Mouse to life for Walt Disney.

Animag Online: How did this project get started for you?

Leslie Iwerks: It was commissioned by Starz, so Starz Entertainment wanted to do something with ILM on their history, basically. So after they went up to meet with ILM folks, took a tour and everything, it struck them they should do a doc, kind of similar to The Pixar Story that I did, but on ILM’s history. They asked if I’d be interested, and I said definitely, and that’s kind of how it all started.

Animag: With ILM’s history so well documented, how hard was it to find fresh material and a fresh take on it?

Iwerks: It’s not easy you know, but basically, everybody’s got a unique story that hasn’t been told before. I think the Star Wars section has been the most exposed as far as hearing all the behind-the-scenes stories over the years. But this is really 35 years, so not anything recently has in a documentary form talked about all 35 years. From that sense, we just talked to a lot of the major directors and just let them talk about what has impressed them the most about ILM, what has challenged them, what has made their work different thanks to ILM.

Animag: What ended up being the main thing you learned about ILM during this experience.

Iwerks: Every film has something unique to it, but I think what always strikes me is how ILM manages to push the technology on every movie. They don’t rest on their laurels and just repeat the same technology. They don’t have to. They’ll try to figure out a unique way, come up with some technology that can give a different look or another layer, another level of realism to the film. I think that was really the through line. They take on projects that will really challenge them, and that’s why we decided to title it Creating the Impossible, because so many people talked about, ‘Oh, you know, we had this impossible idea, we never knew we would ever do it, it was written in the script but it was virtually impossible to pull off.’ And you give that to ILM and they figure out a way to make that real. So that was kind of what struck me as the through line when talking to all these major directors.

Animag: Why do you think ILM has lasted so long in an industry where houses come and go very quickly?

Iwerks: I think it’s their track record, since the very beginning days of Star Wars. They’ve attracted the best people in the industry and they  have stayed at ILM and continued to build on the past successes that they’ve had. So you get people like Dennis Muren and John Knoll and, you name it. Just the amount of people that are there under one roof, it’s an amazing pool of genius that works together. And I think it’s also their collaborative spirit there. They work together to solve problems and everyone is passionate about what they do, but I think it’s just a well-oiled machine and they have so many years of experience that they just know how do things efficiently and cut costs where they need to. They know where to focus the energy, whereas other houses may spend too much time on shots that don’t necessarily get as much exposure or they may put their resources in an area where ILM would say we don’t need to put our resources there. And I think it’s they’ve learned to streamline and know what to focus on.

Animag: Did you learn anything making this film that was very unexpected or surprised you?

Iwerks: I think several things, I guess. I have always thought there would be a huge amount of detail that goes into every shot. But I think it’s when you really realize how much work goes into one shot, how much effort goes into say Transformers for example. You’re just blown away by the level of detail that goes into what they do and when you see it on the screen you’ll see a five-second shot or a 10-second shot or whatever and you take it for granted that it’s so real and believable. But when you strip away all the layers and you see how it was created, it truly is movie magic and that for me was exciteing, to be able to tell the story in a way where you can pull back the layers and really see what they’ve been able to accomplish. And I just think they’re extremely visionary and then I think the other thing that — it didn’t surprise me, just reinforced how impactful they’ve been in the industry from the point of view of the other directors. J.J. Abrams and Spielberg and Jon Favreau and Ron Howard — they all wanted to be a part of this project because of their respect for ILM. Even Tom Cruise. So there’s just a huge respect. They’re on top of the table.

Animag: How did Tom Cruise get involved?

Iwerks: We originally wanted to interview him and then due to his schedule he was out of town and couldn’t quite arrange it. But then a window of opportunity came up right at the right time, where I said, well, how would you like to narrate it? And that seemed to work really well because he definitely wanted to be a part of it. It was just a matter of when and how and we made it work and he did a great job.

Animag: Do you think there are any parallels between what your grandfather and Walt Disney did in their time with what ILM has done in the past 35 years?

Iwerks; Definitely. Richard Edlund has a great quote in the film and he talks about how George Lucas just looked out at the world and said what’s missing here? And he saw what was missing here. And I thought that was a great quote because he could see at that time in film history that nothing has been done that was really dynamic, with dynamic shots and real strong movement with motion control to create fast-moving spaceships and stuff. You had 2001, but then nothing had been done to the level of Star Wars to that point. So for him, he found a niche and wanted to tell this amazing story and figured out how to do it and pulled a team together to figure it out. And of course that team launched a revolution in special effects. So just like Walt Disney did with my grandfather with sound in cartoons, with Steamboast Willie, which launched the career of Mickey Mouse, so to speak, George did with Star Wars and creating ILM. George is just a visionary with all that he’s done for sound, for digital editing, for animation, starting that group that became Pixar, and special effects and visual effects. And so yes, he’s definitely a pioneer who has shaped this industry in many ways.