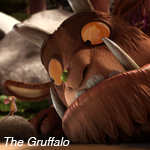 This month, we catch up with the talanted team of Jakob Schuh and Max Lang who co-directed the acclaimed Studio Soi/BBC animated special The Gruffalo, which as received numerous awards and has been one of the 10 short-listed titles in the Oscar race (in the Best Animated Short category).

You can take a look at the trailer here:

Animag: When did you begin working on the project and how long did it take to produce the special?

Jakob Schuh: I started working on the project in mid 2007, writing a first treatment of how I would tackle an adaptation. At the same time I also directed (together with my then co-director Saschka Unseld) a first test sequence for the project, where we explored our idea to combine built miniature sets and CG characters.

Were you familiar with the property before the project? 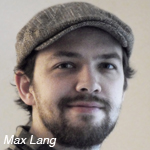 Schuh: No, not having had children of my own yet, I had often seen the book in bookstores but I had never read it. After lying about this in my first meeting with the film’s producer, Michael Rose, in 2002, I finally picked up a copy.  Reading it—more importantly reading it to someone— made me appreciate the popularity the book has enjoyed here amongst children and young parents in the ten years of its existence.

Tell us a bit about your animation background?

JS: Around the time I had finished high school, I had the chance to start working in the layout department of a pretty forgettable film called The Fearless Four which was being produced in my hometown, Munich, Bavaria at that time. The film itself wasn’t great, but the team working on it was exceptional: people like Alessandro Carloni, Gabriele Pennacchioli, Carlos Grangel and especially Claudio Acciari, artists who I admire hugely to this day. Very impressed by what I had seen them do I went on to study animation at the Filmakademie Baden-Württemberg where I met Philip Hunt of London’s Studio Aka, another big inspiration. Aka started to rep me as a director in 1999. The studio and its directors, Phil Hunt, Marc Craste, Mic Graves and Grant Orchard, were and still are a big inspiration for me, I think.  In 2002, after finishing my studies, I decided to try and set up a studio with a group of friends from Filmakademie, and that’s what I still do.

Max Lang: First I took part in a 14-month animation training programme at the “animation-school Hamburg”. After that I worked as a 2D animator for one year and then decided to study again. I was accepted at the Filmakademie Baden-Württemberg, where I met Jakob, who had already founded Studio Soi and was my teacher at that time. I started on The Gruffalo as a writer and storyboarder before I became the second director on the project.

Why do you think the book/show has such an immediate appeal?

Schuh: Like I said earlier, I think a part of this really is that it’s such a fantastic story to read to someone: Simple but beautiful rhymes, great characters, a lot of opportunities to invent voices, it just makes you look so good as a parent! But I’d also like to think that both children and parents do find a certain fascination with the more subversive underpinnings of Julia’s simple story. It’s all about eating each other for dinner, about the merits of a slightly too big imagination, about the dangers of repeating your lies one or two times too often: It unflinchingly displays a dog-eat-dog world yet makes the littlest character win easily… and plausibly.

Where was the animation done? What type of CG software was used?

Schuh: The entire film was animated at Studio Soi, most of it at our Berlin studio.  For the animation we used Maya.

Schuh: I think the official number was approx. $2 million, but anything related to the book’s rights as well as the music, voice actors, sound, PR etc were taken care of by Magic Light Pictures in London, so our share of the budget for producing the actual animation was a lot smaller than that.

What would you say was the toughest challenge for you and your team? 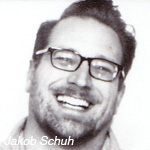 Schuh: Besides the obvious merits of the book’s popularity in Germany and the U.K., this same popularity also made for some of the more challenging aspects regarding the adaptation—every image, every word is known and very much loved by five million households here. So whilst you do want to add something to this world, whilst you do want to make this a satisfying film in its own right, at the same time you clearly want to understand and embrace the core of what these families love so much. In our case this went as far as deciding to stick to the book’s roughly five minutes of original dialogue for a half hour film. Also: When we first talked about The Gruffalo within the company in 2003, Studio Soi wasn’t even a year old.  In 2007, when we started working on the project, we had not yet produced anything longer than 8 minutes long. I think it applies to both the directors as well to our team that a 30-minute film was a dauntingly big step for all of us.

Lang: We wanted to stay very true to a picture book, which takes about fiive minutes to read and stretch it into an entertaining 30-minute film. But even though it was a big challenge it was also a lot of fun to come up with all the stuff that would happen between the pages!

Did you consider producing the special in 2D at any time?

JS: We did discuss briefly both a 2D as well as a full CG version in the beginning. The ideal result of a 2D version could only have been a perfect representation of the book–not less but also not more—whilst with a full CG version it might have been difficult to really deliver upon the tactile quality, the warmth, the “human stain” of Scheffler’s artwork (at least within our budget). We decided pretty early on to try and built upon both the tactile quality of physical miniature sets and the freedom that CG gives you regarding expressions and acting.

What did you love best about this project?

Schuh: For me, personally, the greatest thing about this was the opportunity to work and become friends with some amazing artists: My brilliant co-director Max, a student of mine by the time he started working on this, the composer René Aubry, who had been one of my all time favourite composers for many years, people like Manu Arenas, Uwe Heidschoetter, Harald Siepermann, Louis Tardivier and many others.

Lang: The combination of built model sets and CG characters. That was something I wanted to try for a long time so it was great to see it work so well.

Schuh: I’m currently writing a film of my own as well as doing pre-production on a TV series with Soi.

Lang: After The Gruffalo I started working as an assistant director on a new series for Cartoon Network Europe titled The Amazing World of Gumball. It looks fantastic and is also very funny.

Since the project is already shortlisted in the Best Animated Short category of the Oscars, who are you hoping to meet if you get nominated?

Schuh: I’ve promised my friend and long time co-director Saschka Unseld, who was one of the founding members of Studio Soi and joined Pixar in 2008, to finally come and visit him in San Francisco this year. A trip to Los Angeles would be a great excuse to catch up again!

Lang: I’m a big fan of Chris Sanders and Dean DeBlois [How to Train Your Dragon], so I would love to meet them.

The Grufallo first premiered on BBC One in the U.K in December 2009 and the special made its U.S. debut on ABC Family in December 2010. It features the voices of Robbie Coltraine, James Corden, Helena Bonham Carter, Rob Brydon, John Hurt and Tom Wilkinson. 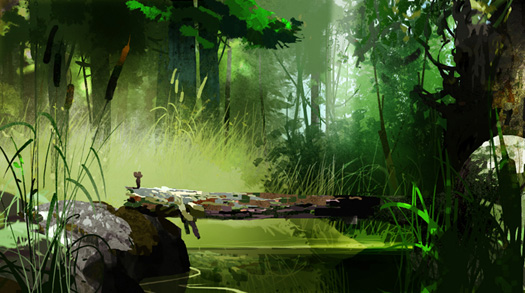 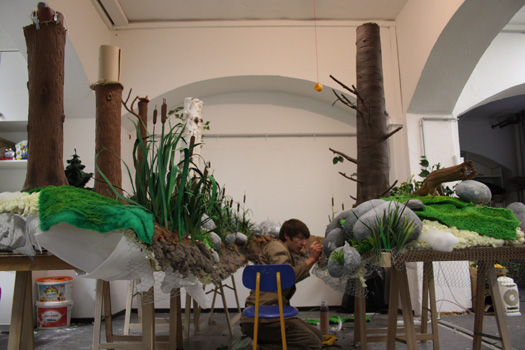 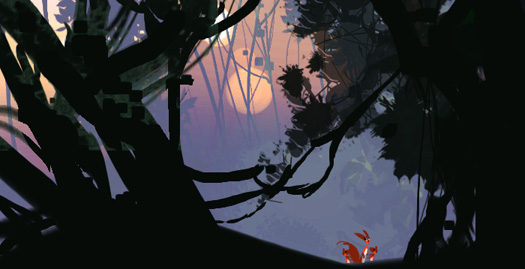 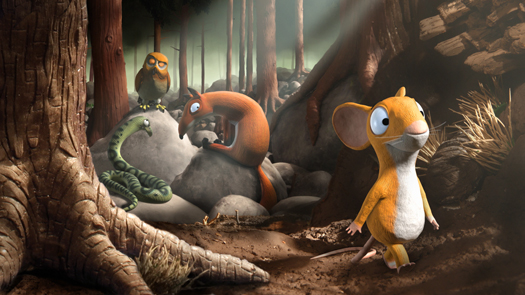 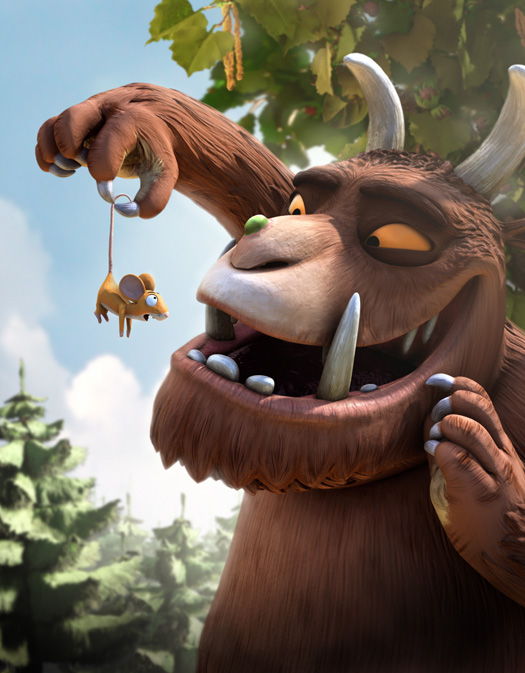 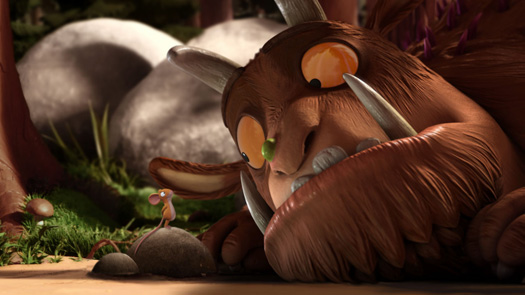 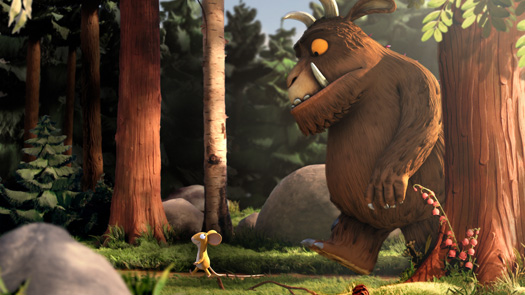