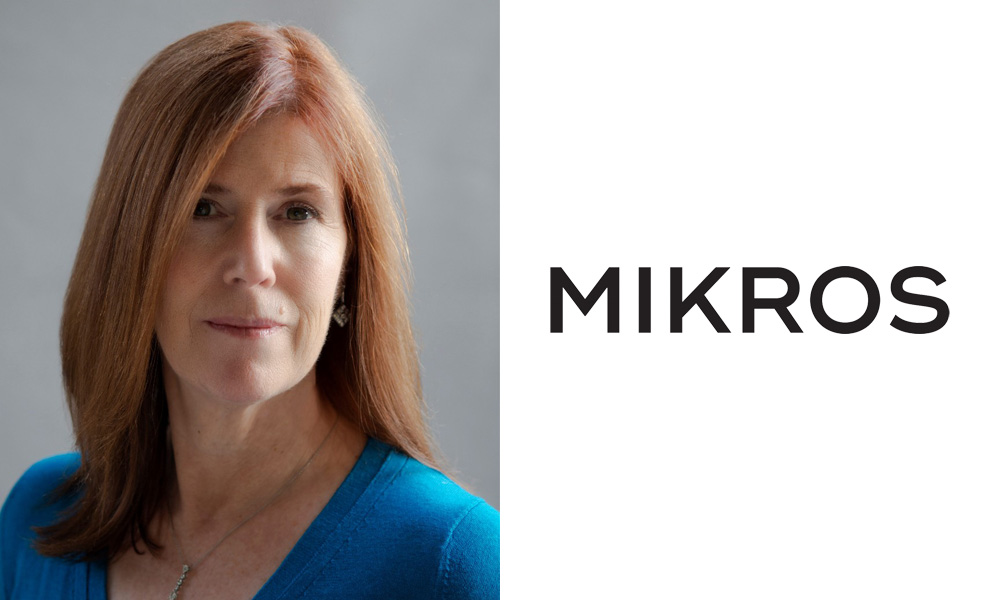 Technicolor announces that Andrea Miloro has joined as President of Mikros Animation. Her appointment reinforces Technicolor’s commitment to expand the company’s global feature and episodic animation services under the Mikros Animation brand.

Miloro brings with her 20 plus years of experience in the animation industry. She recently served as Co-President of Fox Animation and previously held various senior production roles at Fox / BlueSky Studios and Sony Pictures Animation.

“I am delighted to be joining Mikros Animation at such an exciting time. The whole industry is going through a massive transformation which is creating new business and creative opportunities for animation,” stated Miloro. “With an unparalleled track record in animation production, the high level of passion the talent has for the craft of CG animation, and the group’s global network of studios in Paris, Montreal, Los Angeles and Bangalore, Mikros Animation is uniquely positioned to help clients bring their vision to screens, in every format, through both front and back-end creative solutions.”

In less than 10 years Mikros Animation has delivered nine released feature animation projects including the 2021 VES Award-nominated The SpongeBob Movie: Sponge on the Run for Paramount Animation, Asterix – The Secret of the Magic Potion and The Mansion of the Gods for M6 Studio, Captain Underpants: The First Epic Movie for DreamWorks Animation and The Little Prince for LPPTV, M6 Films and Orange Studio.

On the episodic side, Technicolor’s teams have delivered nearly 30 shows for clients — including Mickey and the Roadster Racers and Mira, Royal Detective for Disney Junior, Boss Baby: Back in Business and Fast and Furious: Spy Racers for DreamWorks Animation, The Penguins of Madagascar and very recently Kamp Koral: SpongeBob’s Under Years for Nickelodeon and more than 250 hours of episodic content has been produced or co-produced for notable broadcast channels. Having aired in more than 180 countries, their work includes Alvinnn!!! & the Chipmunks (co-produced by Bagdasarian Productions), the award-winning Sonic Boom (co-produced by SEGA) and the in-house creation Team DroniX (co-produced with France Television and Gloob in Brazil).

“Upcoming projects such as PAW Patrol: The Movie for SpinMaster, The Tiger’s Apprentice for Paramount Animation and others currently in production, are exciting prospects for Mikros Animation. I am thrilled to begin the next chapter for the group, with the support of a great team that has been critical to our past successes, along with a roster of new talent that will be joining the team throughout our multicultural studios worldwide,” Miloro concluded.

Miloro began her career as a Creative Assistant at Price Entertainment, a Junior Creative Executive for Simpson and Bruckheimer, followed by Production Executive at TriStar. There, she worked on multiple live-action feature film projects including Academy Award-winning Philadelphia, Academy Award-nominated Sleepless in Seattle, and Rudy.

Her work in visual effects began at Digital Domain, where she worked on The Fifth Element and Titanic, while building the company’s game division and overseeing a team of 118 people. As executive producer of the original CG Barbie Fashion Designer, the company set a record breaking multi-million-dollar deal with Mattel. Miloro then became the Managing Director for Pacific Ocean Post’s five divisions. Years later, working with the founder, she was part of the team who successfully completed the company’s $48 million-dollar sale to Four Media Company.

Miloro then served as Vice President, Head of Production at Sony Pictures Animation where she oversaw the making of Open Season (2006), Academy Award-nominated Surf’s Up (2007), Cloudy with a Chance of Meatballs (2009), Hotel Transylvania (2012) and Open Season 2 (2008) — a cumulative box office of approximately $811 million.

She then joined 20th Century Fox as the company’s Senior Vice President, Production where she ran creative development and production of animated feature projects. In this role, she was also responsible for bringing in new material, packaging new and existing projects, and managing productions. As Blue Sky’s Senior Creative/Production Executive, she managed both the creative and physical production of Epic (2013) and supervised production of custom animation for The Peanuts Movie (2015).

In October 2017, Miloro was named Co-President of 20th Century Fox Animation, where she oversaw all of Fox Studio operations including direct oversight of Blue Sky Studios in Connecticut, and London-based LockSmith Animation’s multiple picture production deal. She helped to create Spies in Disguise (2019) as Senior Vice President of Production and continued to oversee every facet of the film as President of Fox Animation. The studio was also nominated for an Academy Award for Ferdinand.

Miloro holds a technology patent for the creation of FLIX, a front end software designed and built at Sony Pictures Animation and later licensed to The Foundry. She also successfully completed a Certification from Harvard University for Leadership while at Fox.