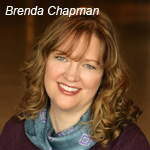 “I appreciate the European animation and the culture around it. It’s different than the studio system in the United States,” she says. “I think, in the U.S., we can learn from the European system’s diversity.”

We caught up with her for a quick Q & A session.

Did you learn about the system while you were in Ireland working on Brave?

It was actually after I was off of Brave and went to Dublin to speak at IADT (the Institute of Art, Design and Technology), where I saw a such a diverse approach to animation coming from the students and the school that I was blown away. I also saw that the government supports animation, film and the arts. The U.S. government doesn’t.

Would you consider a stay in Europe to work on a feature and bring your experience to the European studios?

Very possibly. But not an option at the moment, because my daughter is still in high school. Maybe when she’s off to college and on her own.

You are working for DreamWorks and consulting for Lucasfilm. Could you reveal your current project?

My plans are to develop a project at DreamWorks. Right now, I am at the beginning of writing on that project – adapting a children’s book- with my longtime friend Irene Mecchi, with whom I worked on The Lion King and Brave; and on a Lucasfilm project. I can’t tell you which book it is. The project is very different than Brave, but yet has a strong female protagonist. It’s funny with magic and heart.

Is it great for you the project is adapted from a children’s book, instead of a musical?

Yeah, it is harder to adapt a novel because you need to weed it out — there is always more material than you need. Doing a children’s book gives you room to expand and explore. Working on musicals back in the ’80s and ’90s was the norm. The Prince of Egypt was the only choice I had. At Disney, they were just the films I worked on. Now it is kind of nice to have a choice.

This project gives you more freedom?

Yes. I have been in the business a long time, so it’s nice finally get there to make some decisions for myself, instead of people making them for me.

Did winning the Academy Award give you freedom not to have to work on just blockbusters projects but on projects with more personal passion?

It actually came before the Oscar. Jeffrey Katzenberg called me immediately after I left the project on Brave. He offered me to come back to DreamWorks. I have a reputation of not being difficult to work with within the industry — where people respect me for what I have done and like to work with me. The Oscar maybe helped to enhance that freedom.

You are working on a book of your own, too. It’s called A Birthday, based on a CalArts film in 1987.

Yes, I’d also like to have time to work on this story. I am missing that. A Birthday is a children’s project, and too simple of a story to make into a feature. I’d like to make it into a book.

Does the work at DreamWorks allow you to work on this? Do you like to be tied up on a big project again?

I’d like to have time for my family and this book, too.

Tell us about your consultation plans at Lucasfilm.

I have been working on a project with Lucas for quite some time — about six months. When Lucasfilm was handed over to Kathleen Kennedy, she asked me to consult on the film to help solve its story problems. It was an opportunity for me to work with her. I felt honored to be asked by her, after what happened at Pixar. DreamWorks was very generous to me in postponing my start date with them so that I could work with Kathleen, also. My work on the project is done. My good friend, Gary Rydstrom, is directing it now.

You said Brave is your dearest and most difficult film, and still feels as your film.

I had the fear they would change the characters a lot when I left. It was truly my biggest fear that they would ruin it. The project is very dear to me, because it is inspired by my daughter. But they put a lot of my work and intention back in for the characters and story. In the bigger picture it is very much what I had. They didn’t ruin the movie.

How do you watch it?

It is still painful, sometimes, to see the changes they made. It still hurts a little and probably always will.

Could you ever return to Pixar?

That door is closed. I made the right decision to leave and firmly closed that door. I have no desire to go back there. The atmosphere and the leadership doesn’t fit well with me. 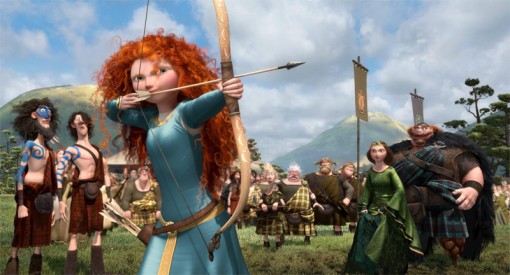