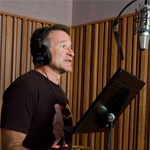 In the wake of the tragic death of celebrated actor and comedian Robin Williams on Tuesday, Walt Disney Studios has issued the following statements from the key creatives who worked with Williams on the studio’s 1992 animated classic Aladdin, in which he voiced the shape-shifting, multi-voiced and highly entertaining Genie. Williams was awarded a Special Achievement Oscar for his acclaimed performance in the role.

“We had the thrill and privilege of directing Robin Williams in Aladdin. We wrote the part with him in mind, but his performance, complete with his brilliant, improvised flights of fancy, took us and the character far beyond what we had imagined. Robin’s genie defied space, time, and physics, and so did Robin’s talent. Like the genie it was immeasurable, thrilling, a cosmic explosion of wit and warmth. Robin brought magic into our lives, to his animator/other half, Eric Goldberg, and to the scores of artists who brought the genie to such vivid life on the screen. But, most of all, Robin’s magic touched millions of viewers who laughed and were moved by him. We will cherish the memory of this ever-giving man who made every life he touched, including our own, better.”

“I am beyond devastated. I cannot express how influential and important Robin was, and will continue to be, to me and countless other animation artists. Robin gave those of us who worked on the Genie so much humor, inspiration, and just sheer delight, that we were always spoiled for choice whenever we came back from a recording session. Like the Genie, Robin’s immense talent could not be contained in the lamp. I think we all knew, as the world does now, if there was ever a person who was tailor-made for the medium of animation, it was Robin.”

“We have lost not just a great voice, though. We have lost a warm, human, miraculous person whose numerous and amazing talents will continue to inspire people for generations upon generations” 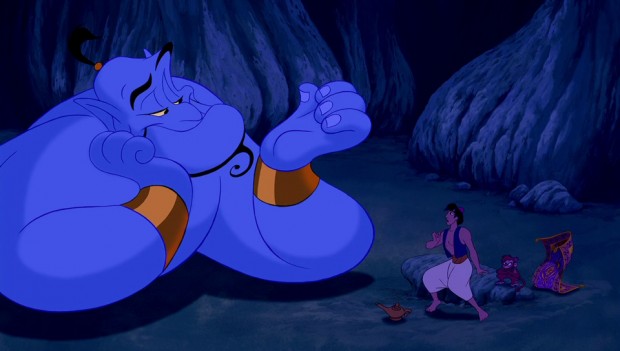