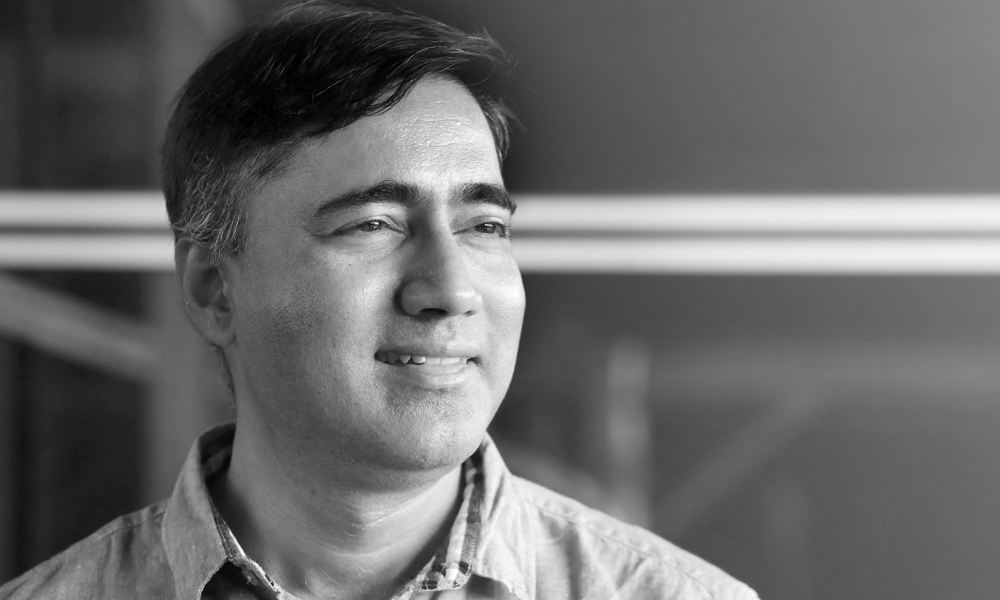 Framestore has announced the appointment of Akhauri P. Sinha as the head of its new, purpose-built Mumbai studio.

Sinha joins from Method, where he was Managing Director of the studio’s Indian operations. He will report directly to Framestore’s Global Managing Director, Film, Fiona Walkinshaw, and will be responsible for setting up Framestore’s newest office — a state-of-the-art facility based in the heart of Mumbai’s vibrant tech district.

The film, TV and VFX veteran brings over 20 years of experience to the post, with a CV including companies such as Nimbus, MPC, BBC Studios and UTV (now Disney India). During his VFX stints, Sinha has overseen the Indian VFX work on over 50 features, including Jumanji: The Next Level, Ford vs Ferrari, John Wick: Chapter 3 and Birds Of Prey.

“I’ve always loved how my role brings together business, creativity and technology, and Framestore exemplifies this”, said Sinha. “Framestore is renowned for both the quality of its work and its unique strategic vision, and I’m looking forward to expanding the company’s global offering and making waves in the Indian industry.”

Mumbai is recognized as a hub for digital film-making excellence, and Framestore’s new studio is located at its epicenter: Goregaon’s Nesco IT Park. Framestore will be making significant hires, and aims to bring together existing in-house talent with the best local expertise. The new office will work alongside Framestore’s established global network — predominantly its London and Montréal studios — to create a cohesive international team that delivers best-in-the-business work.

New recruits can expect to work on some of the global industry’s biggest films and franchises, as evidenced by a recent slate that includes Avengers: Endgame, Spider-Man: Far from Home, Wonder Woman 1984, His Dark Materials and The Witcher.

“Our clients come to Framestore expecting the very best,” commented Walkinshaw. “Having that kind of reputation means demand is high, and with the global production boom we’re finding ourselves busier than ever and working on more and more ambitious projects. Opening in Mumbai echoes the rapid expansion of our Montréal studio and the launch of our new Pre-production Services — it’s a strategic decision to meet industry demands and deliver excellent work. I’m delighted to have someone with Akhauri’s experience onboard to lead our work in India.”

“Akhauri brings with him expert, in-depth knowledge of India’s VFX landscape gained from a lifetime working on major film and TV titles,” said Framestore CEO Sir William Sargent. “This expertise is vital for the ambitious plans we have for Mumbai, and his experience scaling businesses and bringing together teams of high-performing creatives mean he’s exactly who we need to put our new studio on the map. I’m looking forward to seeing the Mumbai office grow and develop under Akhauri’s leadership, particularly since every office we open brings its own unique outlook and personality to Framestore’s creative culture.”

The move sees the company’s previs, virtual production, techvis and postvis services built out and aligned with Framestore’s renowned Art Department (which operates either as part of the Framestore workflow or as a standalone creative service), virtual production team and R&D unit, and integrated with the company’s renowned VFX and animation teams. The move builds on paradigm-changing work on films such as Gravity and the knowledge gained during the company’s highly successful eight-year London joint venture with visualisation company The Third Floor. FPS is currently working on feature film projects as part of an integrated offering and also as a standalone visualization partner, with more projects slated in the coming months.

The new team is led by Alex Webster, who joins as MD, Pre-Production Services from running The Third Floor, London. He also reports directly to Walkinshaw.

The multi-Oscar-winning international studio has also just been recognized with the Best International Talent Attraction and Retention Strategy Award at this year’s Montreal International Awards. The event recognizes companies that are leading the way in terms of export, attracting overseas talent and otherwise contributing to Montreal’s economy. The local studio, launched in 2013, employs over 700 people and has contributed to diverse projects including Amazon’s The Aeronauts, HBO/BBC’s His Dark Materials and the Emmy-nominated Beyond the Wall VR experience for Game of Thrones. It is currently working on Disney’s Mulan and Warner Bros.’ Tom and Jerry.