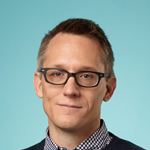 Turner Broadcasting System’s Animation, Young Adults & Kids Media division has announced that Jim Babcock has been promoted to Vice President, Consumer Marketing for Adult Swim from his previous role as senior director of consumer marketing for the adult-targeted block. In his new role, Babcock will lead all facets of multiplatform consumer marketing strategy and planning that support Adult Swim and adultswim.com. His responsibilities will include overseeing development of show launch strategies and execution for all programming, as well as branded games and apps from Adult Swim Digital. Babcock will also supervise project management and integration with other key departments to create consumer-driven marketing efforts for conventions, events and other initiatives. Babcock is based in Atlanta and will report directly to Brenda Freeman, Turner’s chief marketing officer for the AYAKM branch.

In his previous position, which he took on in October 2011, Babcock led a team charged with developing high profile campaigns for new original series, including animated series Rick and Morty and China, IL as well as popular live action shows like Childrens Hospital and Eagleheart. His marketing initiatives — including a staged crash scene next to New York’s landmark Flatiron building for Rick and Morty and a viral season premiere ad campaign for The Venture Bros. — helped make 2013 Adult Swim’s most-watched year in its history.