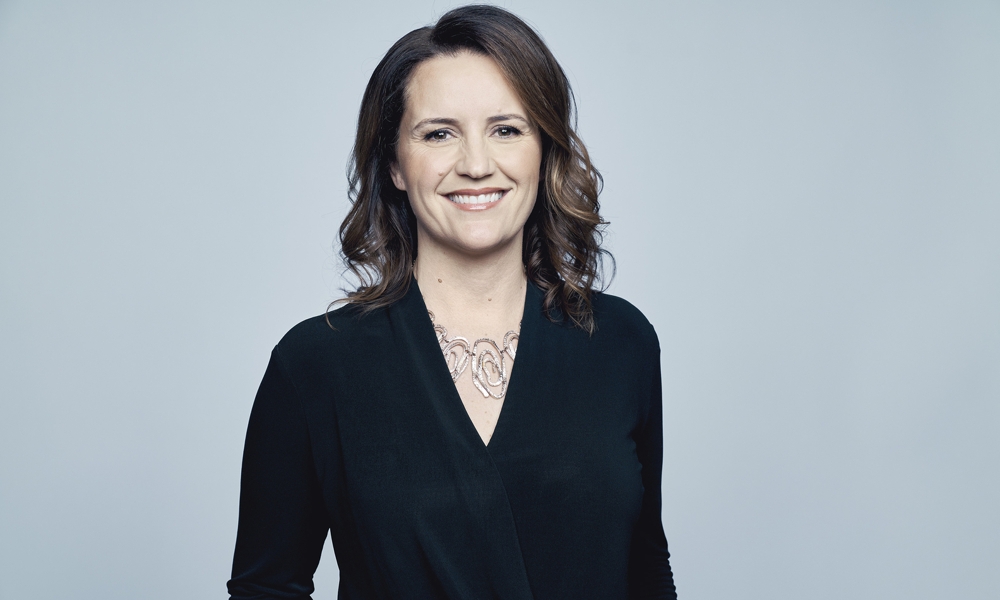 In a move to solidify its leadership in adult animation, WarnerMedia Studios and Networks Group announced today it has united the Adult Swim and HBO Max adult animation development teams under the leadership of Suzanna Makkos in her newly expanded role as Executive Vice President of Original Comedy & Adult Animation for both brands.

Makkos will continue to report to Sarah Aubrey, HBO Max Head of Original Content, and also now report into Michael Ouweleen, President of Adult Swim, on all content developed for Adult Swim on all platforms. Adult Swim’s development team, led by Walter Newman, will now report into Makkos, creating more synergy, expertise and influence as a combined adult animation team.

“The adult animation boom is just starting, and by aligning our strengths and organizing as one, unified, best in class development team we are creating an unmatched, multiplatform destination for both creators and fans,” said Aubrey. “Adult Swim has created an iconoclastic adult animation brand, and that identity will not only be preserved, it will now be further fueled by HBO Max and Suzanna’s talented development leadership.”

“Adult Swim has been the #1 destination for young adult audiences for more than 15 years and now merging the two best development teams in this business puts Adult Swim at the heart of our company’s future and further strengthens WarnerMedia as the global leader in adult animation,” said Ouweleen. “Walter and the Adult Swim team’s genre defining work, now under Suzanna’s seasoned expertise, will propel Adult Swim’s development process as we continue to push new boundaries and reach new audiences.”

“It is a true honor to become a steward of this cherished brand. I have long admired Adult Swim’s dedication to animation’s potential for storytelling and to creating truly original content that puts the fans first,” said Makkos. “I am excited to work with Walter and his talented team as we enter the next chapter!”

In February, HBO Max announced orders for three new adult animated series including the Scooby-Doo spin-off Velma, a reboot of the vintage MTV show Clone High and Fired On Mars, a new workplace comedy. They have also recently renewed Close Enough by J.G. Quintel for two additional seasons, which will join previously announced series Harley Quinn, The Prince, Santa Inc., 10-Year-Old-Tom and the reboot of the Peabody Award-winning series The Boondocks, which originally premiered on Adult Swim.

Prior to joining WarnerMedia in 2019, Makkos spent 20 years at Fox Broadcasting, where she was most recently EVP of Comedy Programming & Development, running the network’s comedy department. She oversaw such series as Brooklyn Nine-Nine, New Girl, The Last Man on Earth and The Mindy Project, as well as animated hits Bob’s Burgers, Great North, Son of Zorn, Duncanville and Bordertown.